A DANCING BEGGAR SET TO RELEASE DIGITAL ONLY EP ‘OUR DISTANT MEMORIES, OUR IDLE DREAMS’ WITH REMIXES BY ORDEEP AND TALLON 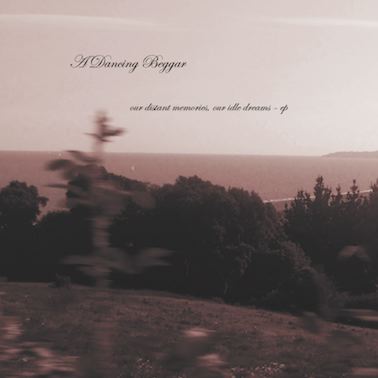 A Dancing Beggar is 23-year-old UK-based musician, James Simmons. Using just a laptop, a guitar and a cheap microphone, his songs are written, recorded and produced in his bedroom. After the purchase of some recording equipment, a number of songs were written and recorded which lead to the release of How They Grow in early 2009. Described by The Stool Pigeon as ‘a post rock treat’, the euphoric, six track EP has been compared to the sounds of Ulrich Schnauss, Mogwai and Explosions in the Sky. In September 2009 A Dancing Beggar released his debut album, What We Left Behind. The album was met with tremendous praise, garnering a 10/10 review from Subba-Cultcha, band of the week by The Silent Ballet and was described as ‘an astonishingly assured piece of work’ by Rock Sound Magazine.

As a festive treat, A Dancing Beggar has chosen to put together an EP, available as a free download from adancingbeggar.bandcamp.com. The release centres on the hazy summer melody, Our Distant Memories, Our Idle Dreams. Originally appearing on What We Left Behind, this acoustic meandering has been remixed by two innovative electronic artists. UK producer, Tallon gives his own dubstep interpretation, adding drive and energy to the sleepy track. Crashing drums and haunting vocal screams help form a tense atmosphere leading to a climax of delicate piano loops. Brazilian based musician, Ordeep creates a glitchy rendition headed by a thumping kick drum and slices of acoustic guitar. Reminiscent of artists such as The Field and Four Tet, the remix displays Ordeep’s well-crafted production skills. A Dancing Beggar returns the favour for Tallon by slowing down the fast paced Far and Away, taking away the quick tempo drums and replacing them with filtered samples, which accentuate A Dancing Beggar’s characteristic ambient feel. Our Distant Memories, Our Idle Dreams – EP will be digitally released via Bandcamp on Tuesday 7th December.