Brighton krautrock electronic pop heroes Fujiya & Miyagi return in the new year with their strongest album yet. ‘Ventriloquizzing’ is set for release on the 17th January 2011 through Full Time Hobby.

The sinister glam stomp of current track ’16 Shades Of Black And Blue’ is available as a free download from here and there’s now an equally dark video to accompany the song.

Watch this clip directed by Bert & Bertie, where a down-on-his-luck puppeteer tries to exact his revenge on the Fujiya ventriloquist dummies:

Sinister little buggers, ventriloquist’s dummies. But those wooden weirdoes and the people behind them provided inspiration for Fujiya & Miyagi, when the title track set the tone for their deepest, most accomplished album to date.

“’Ventriloquizzing’ comes from the idea of people speaking for you, like adults do with babies,” says singer/guitarist David Best. “Dummies are thought of as creepy; they can reflect a split personality, and that relates to the idea of being in a group, where you are presented as one entity, even though everyone comes from different angles and thinks about one thing very differently from the others

To reflect this, the four piece band (David plus bassist Matt Hainsby, synth player Steve Lewis and drummer Lee Adams) had a set of four Fujiya & Miyagi dummies made up, initially with the idea of sending them to photo and video shoots in place of the band. “Once or twice I’ve been caught with the little doppelgänger on my knee chatting away,” says Matt. “I’m not sure it’s the most healthy pastime.”

The band’s fourth album, ‘Ventriloquizzing’ finds Fujiya & Miyagi returning with a renewed sense of purpose. “We wanted to make a record that was different from anything we had done before,” says David. Bassist Matt Hainsby agrees: “We wanted to try things that would take us in a new direction musically and create a different atmosphere.”

And the atmosphere is notably darker than before. From the Gainsbourg-esque ‘Sixteen Shades of Black And Blue’ and on, the mood is forceful, aggressive and confrontational, but all the while maintaining the taut, minimalistic funk that’s become their calling card. “It’s quite an accusatory record, but you never know why, or what the target of the accusation has done,” says David. “I think there’s an underlying anger, or perhaps just annoyance, at institutions and people in general, and probably ourselves too.” Topics touched on include over-medication, eco-hypocrisy and the myth of Chanctonbury Ring, where it’s said if you run round a clump of trees backwards seven times the devil will appear and offer you soup. The song’s called ‘Minestrone’.

The spirit of the new is also helped along by the involvement of producer Thom Monahan, known for his work with Vetiver, Au Revoir Simone and Devendra Banhart. “It seemed like the right time to work with someone else to help us avoid going to our default setting,” says David. “We like a lot of the groups Thom has produced, and besides his involvement with acoustic acts, he has a real love of electronic music too. And he likes Sly & the Family Stone…” As Monahan is based in the States, that meant the album was written in Brighton and recorded in sunny California. Except: “Sacramento was cold and it rained in LA,” says Matt. “But it was good to be away from home as there were no distractions. There was no hoovering to do.”

Freed from household chores, there was plenty of time for Steve to experiment with analogue synths and a new raft of influences from Northern soul (‘Cat Got Your Tongue’’s lyrics) to Bob Dylan (‘Taiwanese Boots’’s eco-conscious nod to Dylan’s Boots Of Spanish Leather). Elsewhere you’ll find the title track ‘Ventriloquizzing’, the darkly rousing ‘Sixteen Shades Of Black & Blue’, and ‘OK’ and ‘Universe’, which both feature Becky Stark’s atmospheric vocals. And then there are the lyrics – full of twisted humour and dark couplets. “Sometimes I feel like throwing my hands up in the air, sometimes I don’t/We could stick our fingers in our ears; we could stick our fingers in our ears, yeah,” says ‘Tinsel & Glitter’.

Be prepared to dance, to chuckle, and to be a little bit creeped out – this is ‘Ventriloquizzing’ 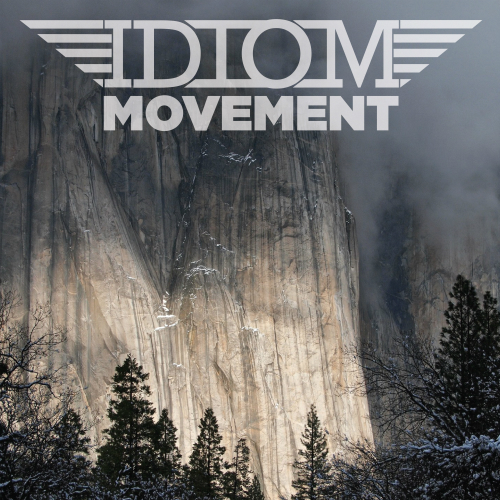