Incarnations – With All Due Respect 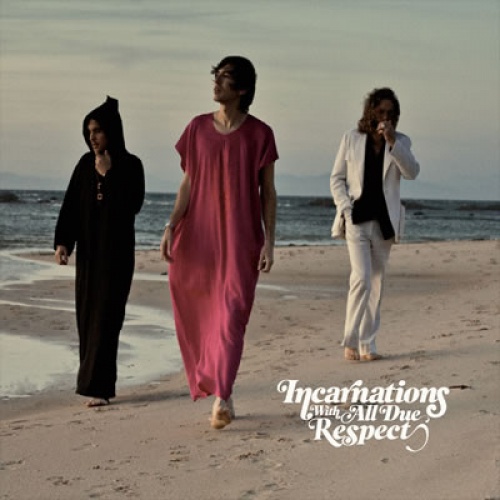 So irony upon ironies, the single most summery album of the year comes out in a nigh on Siberian December. Which leaves it’s obvious ambition to be the soundtrack to some young, attractive indie godhead’s summer kind of torpedoed in the water, however, when we consider that every member of this band recorded the album while taking a break from roughly four bands each, I think we can forgive them for this albums inopportune release date, not when there isn’t much else to forgive them for on this debut.

This album doesn’t start well, album opener Make You Mine goes for beach side insouciance but sounds like a joke indie-folk song recorded by a bunch of stoned hipster sixth formers, Incarnations try to toe the line between effortless and no effort but instead just sail straight over it. Possibly giving the line a cheery wave but, you know, if they can be bothered. It would be unfair and moronic to say that these aren’t talented musicians at work; the musicianship is pretty much uniformly excellent and the harmonies can send shivers, but it’s wasted, the album sounds pretty much identical the whole way through same pace, same Hammond organ, and same lyrical concerns that are sometimes enlivened by a heroic guitar solo, like on Meet Me At Midnight, but on closer listening it just seems like the band thought it would be too much effort.

It’s a shame, the collected talent this band possess dwarfs most bands, it’s just a chronic lack of motivation and inspiration that plagues this record like the stale stench of a week old stubbed out joint. In short, it’s the musical equivalent of a gap year, probably a lot fun to undertake, but listening to what happened there just makes you want to punch them in the stomach for being so self-satisfied. Avoid.

Free download available from The Bottletop Band – a collaboration between members of The Libertines, Eliza Doolittle, VV Brown, Arctic Monkeys and more