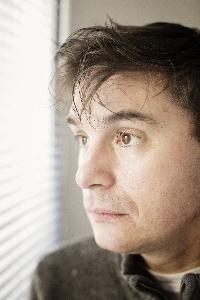 OVAL to tour in January

OVAL a.k.a. Markus Popp will be touring Europe next year, which includes a London show at Cafe Otto with Alexander Tucker on 16 January 2011 (which will be Oval’s first UK show in many years). 2010 saw the release of Oval’s first new material in a decade with the EP Oh and the album O, which were rapturously received by critics and fans alike. Having evolved from the deconstructivist electronica that made him a laptop legend in the late 1990s, Popp’s new work establishes him as an accomplished musician, pushing his meticulously crafted, improvisational music beyond boundaries whilst still delivering the very special, haunting OVAL atmosphere. Everyone will be intrigued as to how he recreates these spectacular albums live, so here’s your chance to find out!

Thrill Jockey Records are also delighted to announce the signing of UK artist and musician Alexander Tucker. Having worked with him on the Imbogodom project with New Zealander Daniel Beban, it only seemed natural to continue the relationship with further releases. Alexander Tucker’s next solo album is scheduled for release in April 2011.  Tucker embraces improvisational compositions with drones and layered vocals constructed using detuned guitars, tape loops and fx pedals. As well as recording solo records, Tucker has performed with a variety of artists including Fuxa, Stephen O’Malley (Sunn O))) + Khanate) and Daniel O’Sullivan and Dave Smith of Guapo.