Sea Of Bees releases debut album ‘Song For The Ravens’ 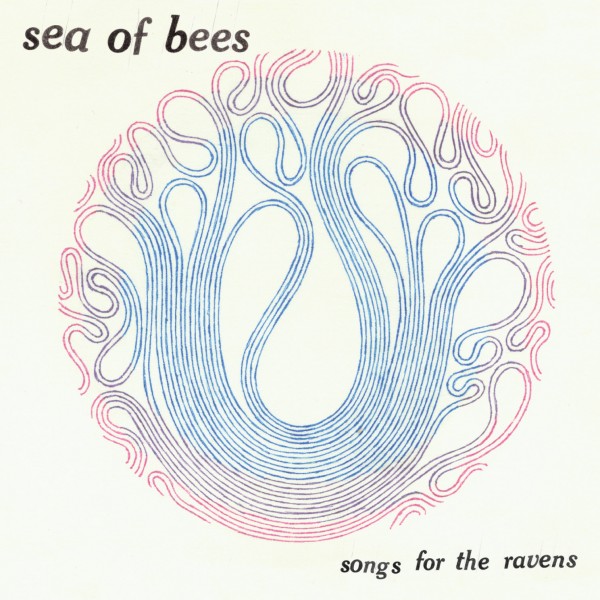 ‘SONGS FOR THE RAVENS’

A self-trained singer and mulit-instrumentalist from a small-town in Sacremento, Sea Of Bees is Julie Ann Baenziger – Jules to her friends.  She is an exquisite talent, with the Guardian recently comparing her to “a shyer Cat Power with a tale to tell”.  Songs For The Ravens’ , her debut album,  is released on Heavenly Recordings on 7 February .

‘Songs For The Ravens’ will introduce people to Sea Of Bees greatness. It is an album influenced by rebels, nomads and the beloved people in Jules’ life.  Short stories, films, even colours and shapes help richly weave ‘Songs For The Ravens’ into the epically beautiful and deeply personal piece of work it is.  It is full of songs Jules wrote when she was emerging from her chrysalis, the work of someone who wanted to put her entire life on record.  As she made it, she even learned to play the marimba, the glockenspiel and the slide guitar.

“Gnomes” opens the album with a talismanic, anguished wail, introducing a vocalist who has already been backed by Rough Trade Shops as one of the female voices of 2010.  It commands attention,  and from those first notes it is impossible not to succumb. “Skinnybone” ,  the track which Jules is most proud of,  is about the sweetness of friendship,  two people “riding our bikes down L Street/Meeting just for coffee and to sit and just be/And to feel the colour of your soul right next to me”  It drifts with lilting vocals alongside the echo of an organ and is utterly spell-binding. “Marmalade” has a much darker and deeper beat,  with twanging guitars and a vocal which perfectly offsets the more subdued mood  of the song.  The Americana tinged “Sidepain”, an ode to Jenny Lewis with its tales of whisky-drinking and broken hearts is another clear highlight,  full of heart and rollicking soul.

“Wizbot”, the lead single from the album, also released on February 7, is about a friend who told another friend that he loved her (“you read my soul, I breathe you in, as I lie still”), only for her to  tell him she didn’t share his feelings. Inspired by listening to the melody from a1960s film adaptation of ‘Romeo & Juliet, Jules voice soars over a rocking lament.  ‘Willis’ tinkers and twinkles in its own fragility, as if born in some sort of enchanted music-box.  Strength, innocence, honesty and purity of intention flow throughout all 11 tracks on ‘Song For The Ravens’, pulled together by Sea Of Bees captivating and versatile vocals.

Sea Of Bees sites musical references as diverse as Jeremy Enigk from Sunny Day Real Estate, local Sacramento band The Honeytrees , Bon Iver and Fleet Foxes.  She aligns herself with ‘freak-folk’, that alien breed of off-kilter folk associated with the likes of Joanna Newsom and Devendra Banhart,  yet her music is utterly her own. Her voice soars and sweeps over the 11 tracks on ‘Songs For The Ravens’, at times a sorrowful lament,  at others brimming with hope, always startling unique.  2011 will undoubtedly be abuzz with the sound of Sea Of Bees.

TRACKLISTING FOR ‘SONGS FOR THE RAVENS’