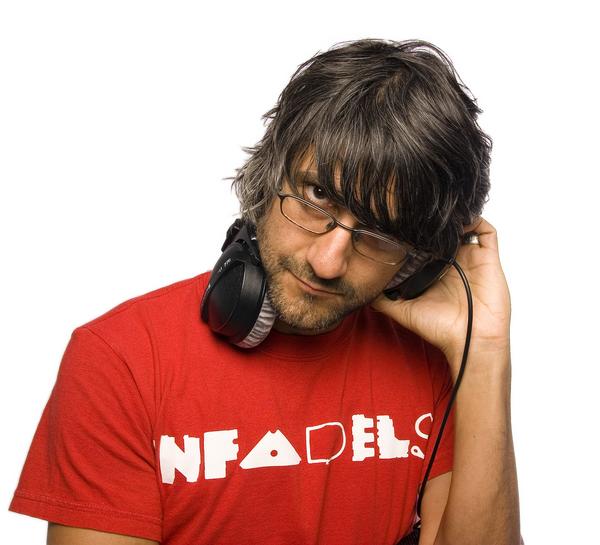 Xfm DJ and CMU columnist Eddy Temple Morris has been writing about his efforts to get four minutes and 33 seconds of silence into the Christmas chart this weekend (it’s already Top 20), while raising money for five great music-related charities.

Eddy joined up with the Cage Against The Machine team in September this year in his role as Ambassador for one of the beneficiary charities, the British Tinnitus Association, and having recently worked with another, CALM, following the suicide of the frontman of one of his favourite new bands, Ou Est Le Swimming Pool. Eddy has played a key role in organising the recording of a new version of the John Cage piece involving the likes of The Kooks, Suggs, Mr Hudson, Orbital, Imogen Heap, Billy Bragg, Gallows and Enter Shikari, and BRIT Award winning producer Paul Epworth.

Writing on his weekly blog for theCMUwebsite.com on Monday, Eddy said: “I’m now facing a solid week of calling, texting, emailing, tweeting, posting and screaming from the roof, to get people to buy this record. Of course it’s imperative we raise as much money as we possibly can for these charities that get so very little from anyone”.

“It’s earth shatteringly urgent to deal with the fact that depression is the biggest killer of under 25s in this country, and astonishing that you’re between four and five times more likely to kill yourself if you are male. CALM – the Campaign Against Living Miserably – works to provide support to young men who are suicidal, so buying this record will, seriously, go towards stemming this awful tide. And it’s urgent that we raise awareness and put money into finding a cure for tinnitus. The fact that we still don’t really even know what it is (exactly) prevents us finding a cure, and the money raised for the British Tinnitus Association by Cage Against The Machine will help immeasurably”.

“Last year, together, the real music fans of Great Britain got Rage Against The Machine to number one to stop Simon Cowell’s dominance of the Christmas chart. But this year we have a nobler cause, joining the chart race to support under-supported charities, great causes that too often miss out on funding. It’s not going to be easy, so unto the breach, dear friends, and let’s do some good. CALM and The BTA salute every one of you and with, hand on heart, bow in your direction, you lovely people”.

Proceeds from the new verson of ‘4’33″‘ will be split between five charities, CALM and the British Tinnitus Association plus Nordoff Robbins Music Therapy, Youth Music and Sound & Music. Released by Wall Of Sound last weekend, the track is already in the Top 20. Eddy and the Cage Against The Machine team are urging anyone else interested, intrigued, impressed or inspired by their project to buy the track from a download store of their choosing before midnight on Saturday. Links to where it can be bought are given at www.catm.co.uk

Cage Against The Machine was started by London-based artist Dave Hilliard in the summer of 2010 as a grassroots facebook campaign to get John Cage’s famous “silent” composition 4’33” to number one this Christmas. The idea, which Hilliard admitted was started off as a ‘bit of a joke’, immediately attracted tens of thousands of people and generated widespread media attention.

In September Eddy Temple Morris (Xfm broadcaster) saw the charity potential for his beloved BTA (British Tinnitus Association) and asked Joe Hutchinson (Ou Est Le Swimming Pool) to get involved and bring his chosen charity of CALM with him. He then persuaded Dave to join forces and form a band to re-record Cage’s classic piece.

Together they asked Mark Jones (Wall Of Sound) to join the campaign fuelled by the delicious irony of Cowell’s X-Factor winner, and torch bearer for bland, vapid pop music, being beaten by the sound of a band not playing.

On December 6th some of the most talented and influential artists from Orbital to Crystal Fighters and The Kooks to Kanye West’s wingman, Mr Hudson, packed themselves into the legendary Dean Street Studios, under the watchful eyes and ears of Adele/Florence Producer, Paul Epworth, to re-record John Cage’s classic ‘4’33″‘ turning the aptly titled Cage Against The Machine into a serious chart topping contender.

Metals vs BoxWars vs Holly-Anne Buck vs Brick Lane gallery.