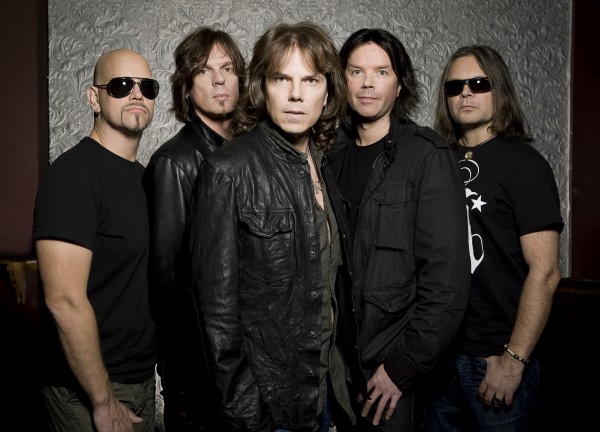 Academy Events and the Gig Cartel in association with The Agency Group are pleased to announce Europe’s Balls N’ Banners UK Tour 2011.  Hot off their knockout performances at 2010’s iTunes Festival in London and the Sonisphere Festival at Knebworth, Sweden’s biggest hard rock band will undertake a nationwide UK tour in February 2011 (their first since 2010’s Last Look At Eden tour). All tickets are priced £17.50, with the exception of London (£18).

Classic Rock Magazine last year rated “Last Look At Eden” as one of the best hard rock albums of 2009, citing Europe as “One of the few bands around still making consistently thrilling rock records”.

Metal Hammer Magazine praised Europe for their outstanding live shows – “Europe’s show pulls together all ages and tastes for a feel-good finale that smells like total victory.”

Best known for their 1986 smash anthem “The Final Countdown,” the Swedish rockers received unanimous praise for a heavier bluesy, hip-shaking metal sound, and recently performed at festivals around the globe during the summer of 2010, including the UK’s own iTunes and Sonisphere Festivals.

Europe vocalist Joey Tempest believes that it is the strength of the band’s last album that is responsible for their current success – “You can’t make this stuff up! Our latest CD “Last Look At Eden” has really turned things around for us.”

Continues Tempest, “You have to remember… We’re just five punks who grew up in the suburbs of Stockholm listening to British rock. Now here we are playing the iTunes festival and Sonisphere… It’s absolutely mind-blowing.”

“We’re gonna bring something very special when we return to the U.K in February 2011, we’re having the time of our lives right now and the audience will experience a Europe-camp that’s ON FIRE!”