JEFF BECK’S CELEBRATION OF LES PAUL TO CONTINUE IN 2011 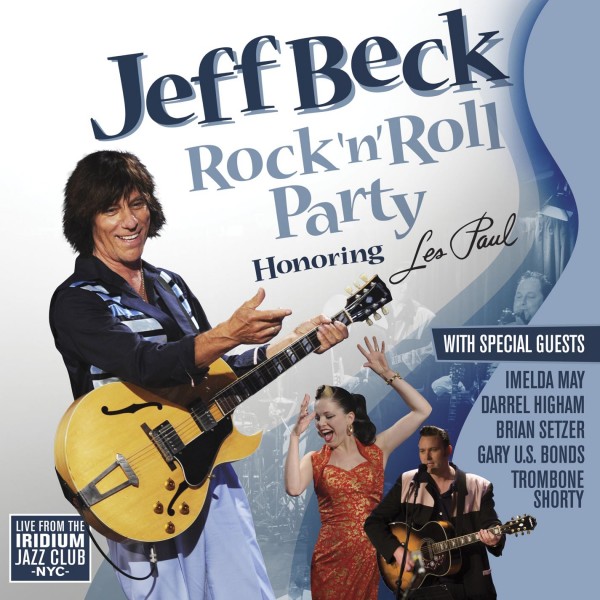 Jeff Beck paid fitting Tribute to Les Paul last summer, celebrating what would have been the pioneering guitarist’s 95th birthday by playing his friend and mentor’s music, along with classic tunes from the era, in the same Times Square nightclub that Paul played every Monday for 14 years before his death in August 2009.

Sponsored by Gibson Guitar and billed as “A Celebration of Les Paul,” Beck was joined by The
Imelda May Band at the Iridium Jazz Club in June 2010.  Other guest performers joining Beck onstage included Brian Setzer, Gary “U.S.” Bonds, and Trombone Shorty.

“Les was my inspiration,” says Beck. “For years I had always wanted to do something for Les to show him how much I respected and admired what he had done. Les used to play every week at the Iridium Jazz Club in New York City, so for me it was the obvious and fitting place for a ‘Salute’ to him.”

ATCO via Rhino Records UK will be offering a CD of this exclusive show, featuring 20 live tracks from the evening, on February 21st.

Eagle Rock Entertainment will offer the Blu-Ray and DVD of this special one off show also on February 21st. They will include seven extra live performances as well as bonus footage and interviews.

Following these releases, Beck will take the “Rock ‘n’ Roll Party” on the road for a short U.S. tour. Beck will once again be backed by The Imelda May Band and its enchanting singer Imelda May, who joined Beck on stage at the 2010 Grammy® Awards for a spot-on rendition of Paul’s “How High The Moon.” Tickets are on sale now in select markets, check local listings.

8.    The World Is Waiting For The Sunrise