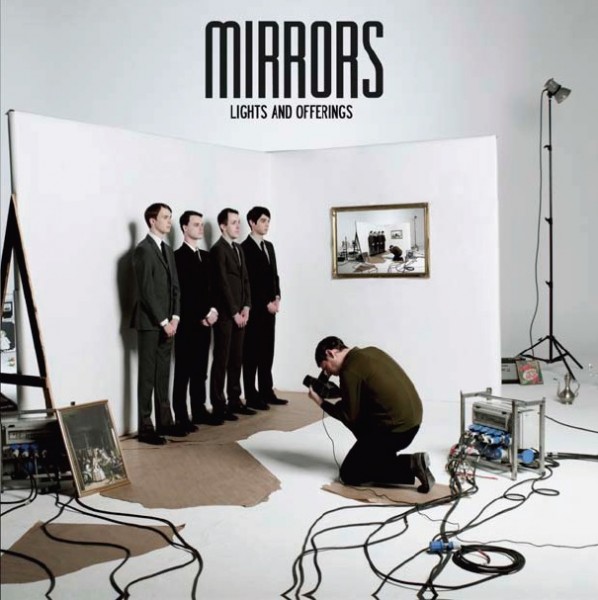 Mirrors have announced details of the release of their debut album, ‘Lights And Offerings’. The 10-track long-player will be released through Skint on Monday the 28th of February.

The album will be preceded by a new single, ‘Into The Heart’ on Monday the 14th of February.

Watch the beautiful and surreal video for ‘Into The Heart’, directed by US Design:

The band will also head out on a UK tour in March supporting fellow electronicists Fujiya & Miyagi. Full details of the tour are below.

Having previously worked with Richard X and Ed Buller, and fired by a fierce D.I.Y. spirit that permeates every facet of their world, the band decamped to a rural farmhouse in Sussex run by a French hippy commune to self-produce their debut album.

Completely self-contained and locked away in a room full of sleeping bags, old synths and supplies of food and other consumables dropped off by their label, they recorded the album in a month during early Summer 2010.

Later mixed at the DFA studios in New York by Rapture collaborator Jonathan Kreinik, the track listing for the album is as follows:

Watch an album teaser previewing all the above tracks here: http://www.youtube.com/watch?v=QwQ9WrZ8SvE