A chat with Josh Bray 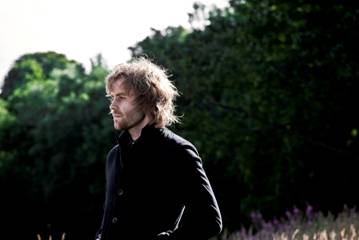 AAAmusic: How does it feel to await the release of your debut album?

Josh Bray: It is extremely exciting and to some degree nerve wracking (although it is hard to distinguish anticipation from nerves). It has taken such a long time to get to this point and I feel I have come such a long way musically with my band that I already want to get cracking and do the next one to see where we go!

AAAmusic: Your EP has been critically acclaimed. Can we expect the debut album to pick it up from where the EP left, or is it exploring different paths?

JB: We’ve been very lucky that several people have become strong supporters and I am thankful for their support :) The EP tracks were chosen so as to not be thematically different from the album whilst also providing a sense of an overall sound. There are some British folk style songs as well as some bluesier tracks and some more American folk sounding tracks on the album. This was not a conscious decision and is rather a picture of the evolution of my songwriting and musical tastes.

AAAmusic: You write a lot about your childhood. Is this a phase that you somehow miss or particularly relate to?

JB: I hadn’t noticed necessarily that there was a childhood theme so that’s a revelation! BUT I did have a lovely childhood in the West Country so it could be pervasive.

AAAmusic: Folk music is fashionable again. What is it that you particularly like about this genre?

JB: I love the fact that folk music (and I include blues, gospel and country etc in this) is music that always comes from the heart. It’s amazing get up and shout music and can also be achingly sad and desperate and everything in between and because it comes from our collective social history it tends to resonate. The writing and the musicianship associated with folk and particularly from past generations is also exemplary, which is exciting (guitarists like Russ Barenberg, Doc Watson, Martin Simpson, Jerry Douglas, Kelly Joe Phelps etc).

I don’t like the association with sensitive troubadours and poetic, troubled souls. That’s not folk, at least not exclusively. I’d like to see more balls and more fun in what has been labelled folk and maybe I can see that coming back.

AAAmusic: Tell us about your expectations for the future.

JB: I hope to be busy with the band. We’ve developed an extremely strong unit and are capable of playing on any stage (we think!) We like to take the music to a different place each time we play and hope that people enjoy listening to some musical flair (as much as I do cos the band are the ones with the flair!!) Think Derek and the Dominoes/Allman Bros meets RA and the Cardinals with a splash of British Folk. I just hope we do well enough from this first foray to make another one and keep improving and experimenting.

AAAmusic: You trained as a lawyer and had been offered a job in the USA working in human rights law for people on death row. Why the dramatic change of career?

JB: Just because an opportunity that was too good to turn down presented itself and I didn’t want to regret anything I didn’t do. Rather selfish considering where I was heading but I don’t regret it.

AAAmusic: As a British boy, what are your views on the USA and Obama’s politics?

JB: I love the USA although I have never been. The popular culture that I grew up with saturates every pore of my consciousness and I’d love to go touring out there and every American I have met in my life has been wonderful. As a political entity the country and it’s history has been less positive but we can’t generalise as to the people.

I can’t pretend to know very much about Obama’s politics except for the issues, which interest me. He needs to take a stronger line on anti death penalty legislation that’s for sure but given that it’s such an important topic for voters he has to toe the line that does the least damage to his vote count whilst still apparently upholding his moral obligations……same old story.

There’s many things wrong with the world but will anyone ever do anything to change? I don’t think so and all the gorgeous rhetoric and charisma in the world can’t say otherwise, which is what maybe America has seen :(

AAAmusic: Do you think music can play a role in educating the audience on specific problems/issues etc?

JB: I don’t think so. People just want pleasure from their musicians and maybe the odd glamorous story. Someone who has tried is Bono…nuff said (poor chap) ;)

AAAmusic: Any tour plans yet?

JB: We are desperate to tour and tour and tour. Agents are hard to come by in the modern music business and people make up some of the money they used to make from sales by selling support slots. BUT we continue to try and have a blast doing it so we’re mega happy and whatever happens happens.