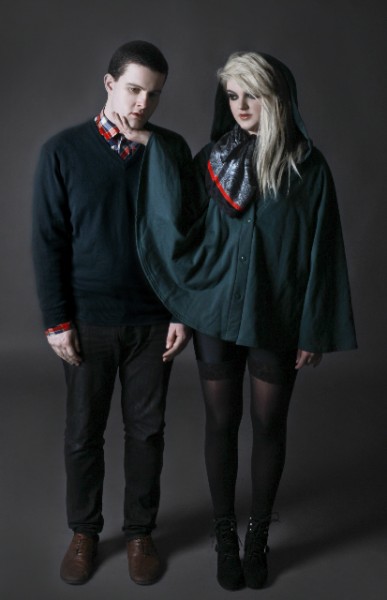 ‘Follow The Leader’/’Fingertips’ is the second release from rising stars Paper Crows, who have already won themselves an army of fans with their debut single ‘Stand Alight’.

While Follow The Leader’ is brilliantly, dark and unsettling, ‘Fingertips’ is quite simply stunning. oozing with wild atmospheric beauty. It has aptly been described as “the marching of dreams on a star studded night” and is already being championed by Radio 1’s Nick Grimshaw. The tracks contrast to show the light and dark of this promising act, and both showcase Emma Panas’ beautiful and haunting vocals.

Emma Panas and Duncan McDougall met at music college and forged a quick bond over their shared love of Kate Bush, Bjork amongst others. They set about writing together and as their friendship blossomed so did their musical partnership.

The pair are currently in the studio recording their debut album.