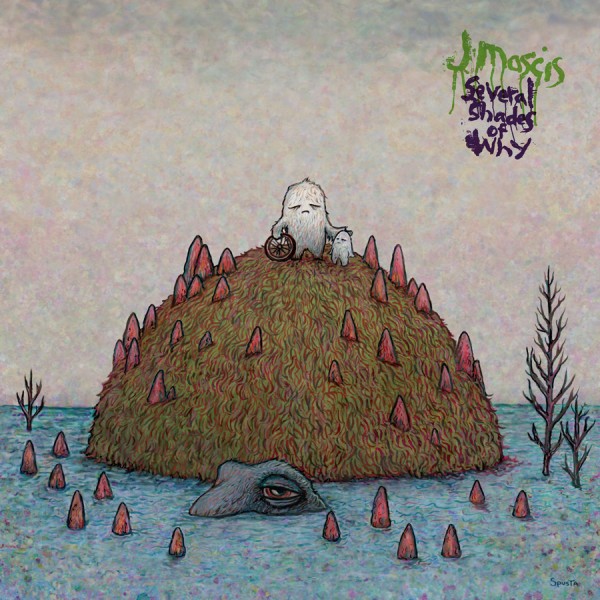 Followed by first ever solo album, ‘Several Shades of Why,’ on March 14th

It’s all but inconceivable that J Mascis requires an introduction. In the quarter-century since he founded Dinosaur (Jr.), Mascis has created some of the era’s signature songs, albums and styles. Now, for the first time ever, he has a crafted an album of original songs under his own name, of which ‘Not Enough’ shall be the first single. The track shall be released through Sub Pop on February 28th, followed by a full album on March 14th. In celebration of the release, a free download of album track ‘Is It Done’ has been made available, downloadable direct from Sub Pop.

‘Not Enough’ is a classic piece of Mascis jangle performed with a delicacy not always associated with his work. His vocals sound warm and familiar, crackling slightly over harmonizing backing vocals and crisp acoustic guitars. Fans should embrace ‘Not Enough,’ seeing Mascis in a rare exposed state, not hiding behind layers of thick fuzz and distortion. Yet this upcoming solo LP may well also push him into new territory.

Recorded at Amherst Massachusetts’ Bisquiteen Studios, Several Shades… is nearly all acoustic and was created with the help of a few friends. Notable amongst them are Kurt Vile, Sophie Trudeau (A Silver Mount Zion), Kurt Fedora (long-time collusionist), Kevin Drew (Broken Social Scene), Ben Bridwell (Band of Horses), Pall Jenkins (Black Heart Procession), Matt Valentine (The Golden Road), and Suzanne Thorpe (Wounded Knees). Together in small mutable groupings, they conjure up classic sounds ranging from English-tinged folk to drifty, West Coast-style singer/songwriterism. But every track, every note even, bears that distinct Mascis watermark, both in the shape of the tunes and the glorious rasp of the vocals.

“Megan from Sub Pop has wanted me to do this record for a long time,” Mascis says. “She was very into it when I was playing solo in the early 2000s, around the time of the Fog album [2002’s Free So Free].  She always wanted to know when I’d do a solo record. [Several Shades of Why] came out of that. There are a couple of songs that are older, but the rest is new this year. And it’s basically all acoustic. There’s some fuzz, but it’s acoustic through fuzz. There’re no drums, either. Just one tambourine song, that’s it. It was a specific decision to not have drums. Usually I like to have them, but going drum-less pushes everything in a new direction.”

There is little evidence of stress on Several Shades of Why. The title track is a duet with Sophie Trudeau’s violin recalling Nick Drake’s work at its most elegant. ‘Is It Done’ rolls like one of the Grisman/Garcia tunes on American Beauty. ‘Very Nervous and Love’ has the same rich vibe as the amazing rural side of Terry Reid’s The River. And on and on it goes. Ten brilliant tunes that quietly grow and expand until they fill your brain with the purest pleasure.