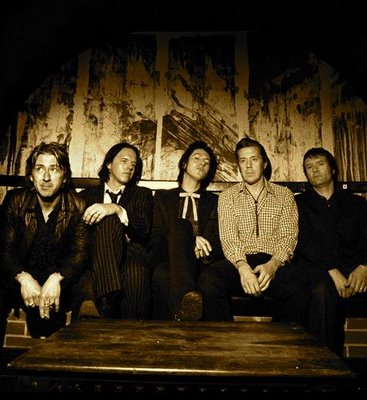 “If you think all the spontaneity, fun and excitement’s gone out of rock music, then think again: think Jim Jones Revue.” – Artrocker

On March 28th 2011, The Jim Jones Revue will release Dishonest John, the third single from their critically acclaimed studio album Burning Your House Down (produced by Grinderman’s Jim Sclavunos). Dishonest John will be available on 7” and digital download.

Upon returning from Australian Big Day Out Festival dates in January and February where they were joined on stage by members of The Stooges and Primal Scream, The Jim Jones Revue will kick start spring in the UK with a series of twelve shows celebrating the success of Burning Your House Down, acclaimed by MOJO as one of the best albums of 2010: