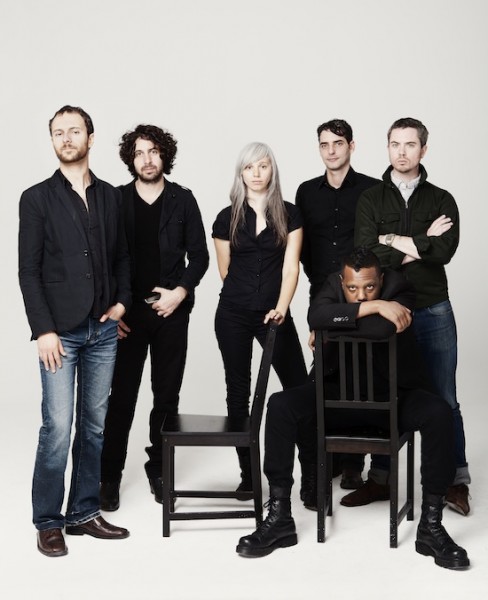 THE DEARS have just announced news of UK live shows in April:

Born in the late 90s, THE DEARS is the lifework of Murray A Lightburn. Son of a jazzman-turned-preacher, Lightburn’s attunement to songwriting was shaped equally by nineties rock and a broad tableau of gospel, soul, and pop music. The band’s UK breakthrough came with “No Cities Left” in late 2004 which swept the group from Montreal notoriety to international rapture. This was followed over the next four years by the messy masterpiece “Gang Of Losers” and the bittersweet “Missiles”, though the dynamics of a busy workload and periods of internal instability led to some personnel changes within the band.

Aside from new drummer Jeff Luciani, The Dears of 2011 consists of past members Roberto Arquilla, Robert Benvie, Patrick Krief, as well as mainstays Natalia Yanchak and Lightburn. Working in a new-found spirit of collaboration, spontaneous late-night meetings would yield the best work of their lives: music inspired by death, fearlessness, rage and promise; a band galvanised.

“Degeneration Street” delivers the passion and soul that has earned the band the adoration of fans and critics worldwide. From the electrifying nihilist pop anthem “Thrones,” to the star-scraping heights of “Galactic Tides”; from the grimy opener “Omega Dog”, to the Motown sci-fi of “Lamentation”, Degeneration Street is, definitively, THE DEARS.