Sucioperro – The Reflexes of the Dead EP 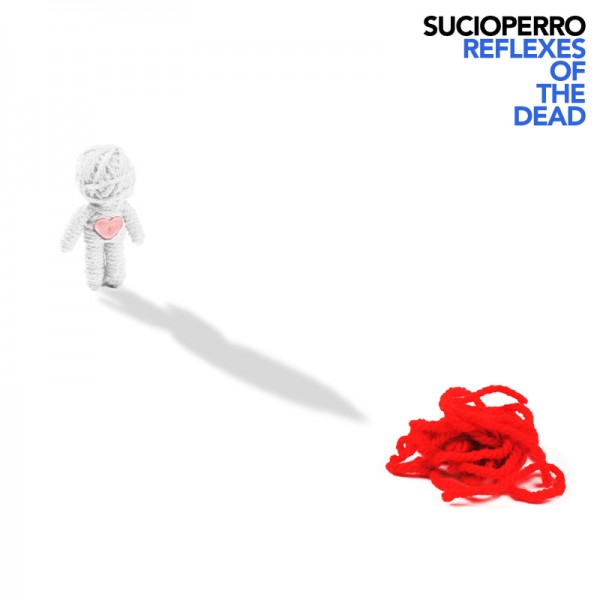 To the uninitiated, it’s easy to form an assumption about Sucioperro, an underground Scottish rock band whose front-man, J.P Reid,  plays in the baffling Marmaduke Duke with fellow Scotsman and Biffy Clyro front-man Simon Neil. So I’m not going to lie to you dear reader, I came into this E.P with a sense of trepidation, I was expecting a white-hot blast of caustic, raging punk rock fury that made no sense at all until the seventieth listen. So imagine my surprise when I heard a gentle acoustic strum emanating from my speakers when I pressed play, and one of the most genuinely lovely pop-rock songs I’ve heard in a long time following it. Colour me impressed, but the rest of the E.P did go some way to confirming my suspicions as J.P Reid and co. as eccentrics, but in a very different way to what I’d originally envisioned.

Put simply, this E.P is one of the most eclectic releases this year, no two songs sound the same, for better and for worse. There’s the aforementioned title track, which mixes acoustic gentleness and electric crunch to a genuinely inspiring degree, while We Take Shelter From The Trouble We’re In is a full steam ahead propulsive rocker led by acoustic guitar and synth bass. It’s a lot better than it sounds on paper. On the other hand, Finally Found It is a cowbell led misstep that sticks around far longer than it should and Send Away The Wolves sounds a bit too much like We Take Shelter… for my liking but the good far outweighs the bad on this. Hugely recommended and a massively exciting teaser for their forthcoming album The Heart String And How To Pull It.

Ludwig Amadeus back with new single