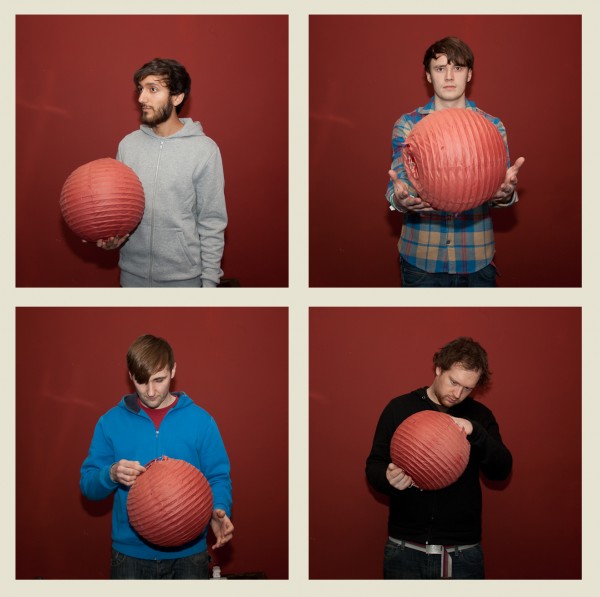 AAAmusic & Mean Fiddler are giving away 2 pairs of tickets for the amazing Maybeshewill gig in London on March 3rd!

For your chance to win simply email win@aaamusic.co.uk – subject line Maybeshewill, with your name and the name of your guest.

Winners will be notified via email. UK residents only.

Maybeshewill are a DIY Instrumental band based in Leicester. Their name is a string of pleasant sounding syllables with no intrinsic meaning. They just like the way it sounds.

Five years ago they recorded a four-track EP in their spare bedroom called ‘Japanese Spy Transcript’, which they pressed up on their own label and sold at shows. It found its way on to the internet, and started cropping up on blogs and forums around the world. A couple of months later it was picked up by Field records in the UK and Xtal records in Japan.

A year later they self-recorded and released their first full-length LP ‘Not For Want Of Trying’, which received widespread critical acclaim. RockSound, Drowned In Sound and Kerrang loved it and Huw Stephens made it his album of the week on Radio 1. Their second full-length arrived just 11 months later, and received a similarly ecstatic reception.

Since then toured as far afield as Japan, Russia and Europe and spent more time in vans around the UK than is probably good for their health. They’ve played Truck Festival, 2000trees, Summer Sundae, Dot To Dot, Brainwash and Off The Cuff and supported everyone from A Silver Mt. Zion and 65daysofstatic to Foals and Johnny Truant.

In February Maybeshewill release the second 7″ and download single from their third LP due spring 2011. This release seems them join the excelllent Function Records roster alongside Shield Your Eyes, Cats and Cats and Cats and close friends Death Of London.