Tom Williams & the Boat – Get Older 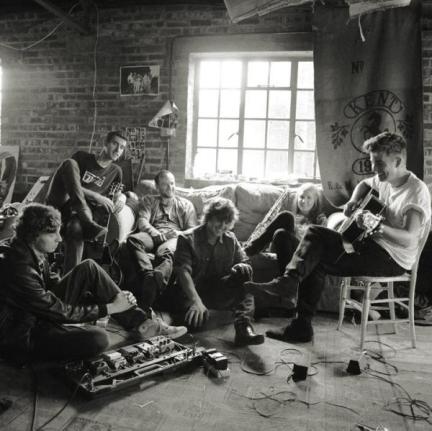 Tom Williams & the Boats’ single ‘Get Older’ is a master class in carving brooding, atmospheric music from pure rage and bitterness. With the groups’ LP ‘Too Slow’ hitting the shelves of cyberspace on the 21st of February there is no better way to get noticed than by crashing through the speakers and  into the publics’ minds’ eye with the release of this slice of romantic bitterness.

‘Get Older’ is a pounding, artistic extension of a scorned mans’ broken heart.  ‘Hell hath no fury like a woman scorned’; well judging by this track, and the spleen-filled saliva-ejecting rage incorporated therein, this saying is no doubt called into question.

With lines such as “you crucified my daughter/ so I butchered your son” sung with the hurt of a burgled Tom Waits impersonating the Reverend and the makers, this track sticks to the frontal lobe like over-cooked spaghetti.

If one were to bleach the track of its high bpm, everything but the kitchen sink chorus, and its slow menacing verse structure then the result would be an atmospheric poetry recital.  (That is to say that the lyrical content is easily the most intriguing part of the song, and could wow an audience with little musical adornment).

Another line to mull over is “and I doused your bed in petrol and I signed my name on your bedroom wall” as it subjects the listener to the vocalists’ dark side, like no other can.

This track comes after a year where the band played festivals from Glastonbury to Latitude, headlined countless shows, and which saw their popularity grow exponentially.

With such momentum,  and tracks such as ‘Get Older’ peppering their debut album ‘Too Slow’,  there is no doubt that this band will have a scorching 2011.

Spring Offensive – Between Me and You