Debut album out 9 May WIAIWYA 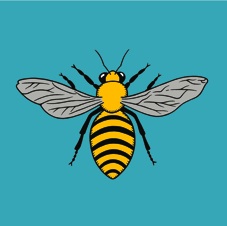 After two singles featuring four a-sides (Torvill & Dean/Record Shop and Pacific Trash Vortex/Cellophane) and several radio sessions for top BBC 6 Music DJ Marc Riley, Manchester-based, gender symmetric, six-piece Help Stamp Out Loneliness will release their eponymous, debut album on 9 May. Co-produced by Craig “The Fifth Smith” Gannon the album will be released through hip indie labels WIAIWYA and Papillons Noir. The first single from the album “Record Shop” will be made available as a 7” appropriately for Record Shop Day on 16 April.

With the keyboard whirligig of World Of Twist, the direct pop impulse of Johnny Marr, the grandeur of Propaganda and the throbbing krautrock rhythm of Stereolab, HSOL’s idiosyncratic approach has made them the cool kids’ number one choice. In continental Europe, their style, sophistication and rugged, druggy appeal have made them underground stars. As a nod to their Teutonic influence and popularity, they’ve got a song called Biergarten.

Formed by Bently Cooke (guitar) and Colm McRory (bass) from the ashes of their previous band Language of Flowers, they recruited Star and Garter’s Ben Ambridge (drums) and Louise Winfield (organ) who were followed by pianist Kath McMahon and Nico-esque singer D. Lucille Campbell.

D Lucille Campbell (the first name on the wish list for any band in the world wanting effortless cool) sings ‘won’t you let me be your Nico’ on “Cottonopolis + Promises”, an in-joke on an album peppered with references to the band being far removed from the common or garden indie scene. Their song “Split Infinitives” is a sly dig at college rockers Vampire Weekend (it’s about sex, not grammar), the song “Record Shop” isn’t about looking for obscure 7” singles (it’s about sucking off your favourite rock star) and the song “Tracy Tracy” is nothing to do with The Primitives’ singer (it’s about – you guessed it – sex).

HSOL will be kicking off their 2011 live schedule with a slot on the Saturday all-dayer of the celebrated London Pop Fest which takes place 24-27 February. They’ll be hitting other UK towns in March. See dates below.

Sunday 08 May – The Victoria, Dalston, London (w/ One Fathom Down, Horowitz, Baaneex, and more) 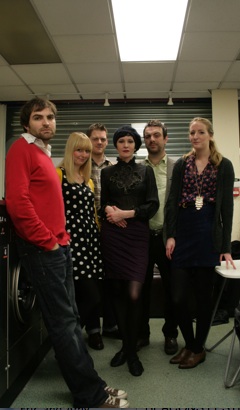