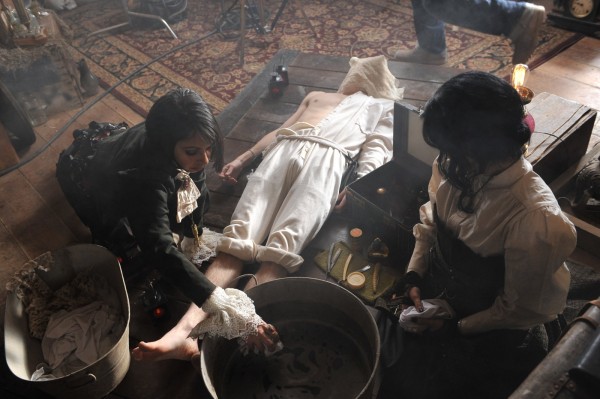 Following a phenomenal sold out show at London’s Bush Hall in early February, Panic! At The Disco have announced a full UK headline tour, kicking off in Portsmouth on 28 April and making stops in Norwich, Manchester, Glasgow and Birmingham before finishing up with what is sure to be a very special show at London’s Shepherds Bush Empire on 4 May.

Debuting brand new tracks from their forthcoming third album, ‘Vices & Virtues’ released on 28 March, the Bush Hall show saw P!ATD at their absolute finest. The sold out show was packed with fans singing along with every word with Kerrang! Magazine calling it a ‘triumphant return’. As well as this, P!ATD also impressed and wowed crowds across the pond with a show at the Bowery Ballroom, NYC and in Germany. All three shows sold out in record time and demonstrated exactly why everyone is SO excited about this bands return. There were even fans camping outside the venues from the early hours, showing just how dedicated this bands fan base truly are.

Since the announcement of ‘Vices & Virtues’ release the buzz has been out of control. The brand new video for the upcoming single The Ballad Of Mona Lisa launched worldwide on 8 February and has had over 1 million plays on YouTube in less than a week!

This tour will be an extremely exciting return for baroque pops finest and will follow the release of their much-anticipated third album on 28 March. Fans will be able to hear this brand new album in all its glory – live and performed in a way that only Panic! At The Disco know how to do!

Fans can join Panic! At the Disco’s Official Fan Club, Northern Downpour, by visiting www.northerndownpour.com, clicking on become a member and completing the membership sign up. Becoming a member of Northern Downpour will give a fan access to pre-sale tickets before the general public, opportunities to attend meet & greets with the band, contests with exclusive prizes, random giveaways, 24/7 access to members only site including private community message board, access to members only merchandise and much more.

Watch the video for The Ballad Of Mona Lisa