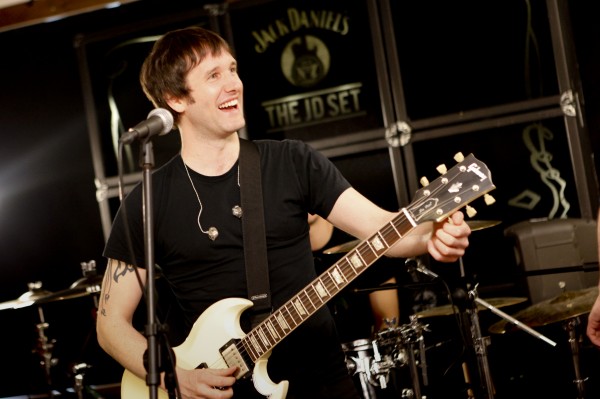 AAAmusic sent Will Howard to the JS rehersals to talk to Ash’s Tim Wheeler on Pixies, Kerouac and more and to find out more about The JD Set London on March 24th at XOYO, dedicated to Pixies!

AAA: So I suppose the obvious question is how did you come across the Pixies in the first place?

Tim: Well, I was in this Heavy Metal band, and we were playing in school. And there was another band playing who were a few years older than us doing Mudhoney, Stooges, Jimi Hendrix and Pixies songs in the same gig that we were playing, that was my first real introduction to alternative music in general, so I was getting into the Pixies and then, you know, Nirvana blew up massively, so that was also a big influence at the time.

AAA: I did hear that you actually saw Nirvana at the RDS Arena was it?

Tim: Ah! it was actually in Belfast at the Kings Hall, it was wicked! Where did you hear that? Was it in your research or something?

AAA: No idea really, must have been!

Tim: Right, right. Yeah I saw them with Teenage Fanclub and The Breeders, who, of course have Kim Deal in the line up, so I saw her with them back in 92.

AAA: Did you ever see the Pixies live?

Tim: Yeah, we actually got to play with them, twice! 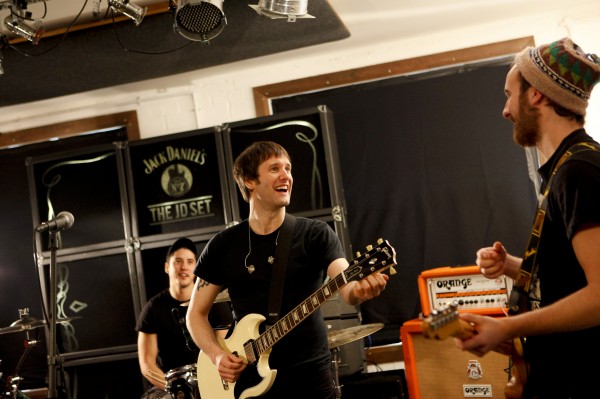 Tim: Yeah, well actually, more than twice but we did two gigs with them in Paris and Berlin when they first reformed, and then we did a bunch of festivals with them as well, so a lot of times since they’ve reformed.

AAA: I was at the Troxy Ballroom show last June and they were fucking incredible!

AAA: Did they influence your song-writing in particular or the sound of the band in general?

Tim: Both, definitely. Well in terms of the whole band one of our early singles “Petrol” sounds quite Pixies-ish, y’know? And then “Burn Baby Burn” the whole intro to the song sounds very Pixies-esque with the bass and everything, and there’s quite a lot of sci-fi influences off “Trompe Le Monde”, so around the time I was heavily listening to them I  wrote songs like “Girl From Mars”, “Jack Names The Planets” “Angel Interceptor” songs like that, which all have a touch of sci-fi going on there. A lot of that came from loving the Pixies so much.

AAA: This is just an extremely fannish question from me personally, but (A-Z single) Joy Kicks Darkness, is that an On The Road quote?

Tim: Yeah! I love that book… have you read the scroll version? 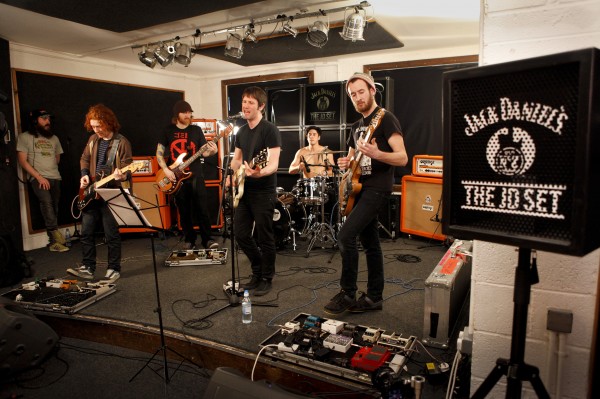 AAA: No, but I’ve heard it’s on display in a museum in America somewhere?

Tim: well a couple of years ago they brought out the version of it as a book, so it has all the real names instead of pseudonyms, stuff like that.

AAA: So, like, Carlo Marx is actually Allen Ginsberg?

Tim: yeah, he had to change them for legal reasons but it’s all amended in the book. It also has more of the… sexual stuff that he had to leave out for the original. It’s really cool!

AAA: Yeah, I’ll have to check that out. So which do you prefer, the song based “Poppy” Doolittle or the more free-form attack of Surfer Rosa?

Tim: Probably… well, I heard Surfer Rosa first so because of that I probably love it more, but there’s so much amazing stuff on Doolittle as well! Like, It’s got some of their best songs on it, but Surfer Rosa just flows amazingly.

Tim: yeah, absolutely, but then there’s the sheer quality of the songs, and Steve Albini’s recording of it… God, I really just love them both as much as each other!

Tim: But in the end I think Surfer Rosa has the edge simply because I heard it first.

AAA: Right. If you could only cover one song, and it could be with anyone you wanted, alive or dead, apart from the Pixies, what would you pick?

Tim: yeah! I think that… it would be good to have Dave Grohl on drums for everything…

Tim: yeah! Or to just do a song with all of Nirvana… doing… a Nirvana song! (laughs) I’d just play rhythm guitar, stand back and enjoy it! That’d be pretty cool… I did play “One” with U2 at one point.

Tim: yeah, we did a gig in Belfast together in about ’98, coming up to the Good Friday Agreement Referendum, so I played that with them, and that was a pretty big deal… And I’d also love to play with Thin Lizzy. Y’know, the original line up, where they’re all alive.

AAA: what do you think of them touring at the moment?

Tim: I haven’t seen them, but I know Ricky Warwick is now the singer and he’s a cool dude, I think he’s probably great, but I don’t know. One of my favourite guitarists is Brian Robertson , so I’d love to be in a Thin Lizzy, with him in it. I’d love to play with Thin Lizzy in 1977

AAA: Yes we’d need to sort out some sort of time machine for that honour. Is that too much to ask?!

Tim: yeah, there needs to be some time travel in the contract.

AAA: What about the acts performing with you, did you  know of them before you got involved?

Tim: yeah, the only one that was new to me was The Crooks but then I looked them up and loved them, so I was like “definitely” they’re really good.

AAA: And how did you get involved with the JD sessions in general?

Tim:  well I did one before in Nashville and it was just one of the most fun trips I’ve ever had, I was playing with Hugh Cornwell, Róisín Murphy, House of Lords from The Young Knives, and a bunch of really amazing session dudes from Nashville and Memphis who played on so many number ones by… people going back to Aretha Franklin, stuff like that. It was like an amazing musical holiday, sort of thing. So then they called me up again and was like, “would you like to do a gig and you can do a whole night of covering one artist?”

AAA: Were there any other artists you considered covering?

Tim: (Thinks) well, the Pixies just seemed to me to be the perfect one, I mean, there’s other stuff I love like, Thin Lizzy being one of my favorite bands and stuff, I just think that the Pixies are good because it’s… kind of more recent, and probably a bit closer to the music that people who like Ash would listen to, and they were a really big influence on us when we started out, and then when I started actually going through the songs I thought “oh God there’s so many incredible songs I’m going to have leave some fucking classics out!”

AAA: What did you have to leave out?
Tim: (thinks) stuff like… Tame, Caribou, loads actually! Trompe Le Monde is one of my favorite albums and I think we’re only doing one song off it, y’know? But, that’s just the way it is in the end, they’ve got so many cool tunes.

AAA: Are you changing the sound of the original songs with the help of the other artists?

Tim: Not too much, I suppose the ones that will be the most different will be the ones with Emmy, cos those’ll be quite stripped down, quite chilled out, which I think will actually really work, the songs stand up really well acoustically, I’ve seen Frank Black do acoustic shows and it works incredibly and that’ll be a really nice part of the show, and she does a really good version of “Where Is My Mind?” already. But yeah, a lot of stuff we’ll just play it as it is really. Well actually, I think the Crookes have changed a couple up. Slowed the tempos down a bit. I think Ma Mentor will do the same as well, we’ll see, I’m rehearsing with them tomorrow.

AAA: Right, last question, imagine an alternative universe in which the Pixies never formed, has alternative rock gone over-ground the way it has?

Tim: I don’t think it has, because, y’know Kurt Cobain wouldn’t have written Smells Like Teen Spirit if he wasn’t pissing around with Pixies riffs, he’s actually said he was just trying to write a Pixies song when he wrote it. And it turned out to be the song that changed everything y’know! Without them the musical landscape of the ninties would just be completely different without them.

AAA: Would Ash have formed?

Tim: Maybe not even… things might have been really different. So I’ve got a lot to thank them for! 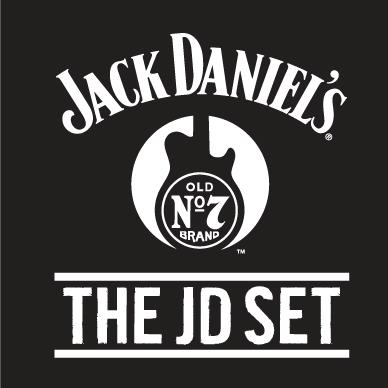 Erland & The Carnival – Map Of An Englishman