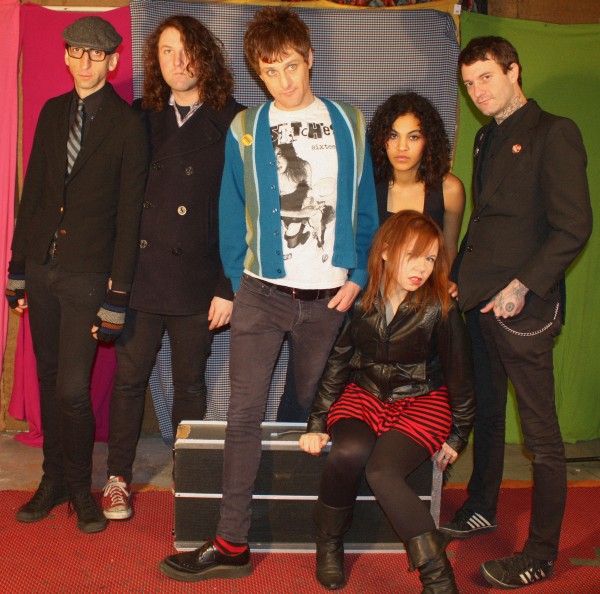 Since their arrival on the scene in 2007, The Cute Lepers have toured the US and Europe extensively, released two critically acclaimed LP’s (“Can’t Stand Modern Music” & “Smart Accessories”), as well as numerous limited 7” singles, most of which have been on trademark coloured vinyl!

With their Motown-esque girl pop harmonies and dance moves,  flipped fingers to what’s supposedly hip and happening, and love of the Rolling Stones, they have distilled their influences to create something exceptionally fresh, rude and absolutely worthy of damaging your ears. The new album Adventure Time is due for an April 18th release , and is a continuation of where they left off: striving for a killer pop song while keeping both feet ankle deep in the dirt of first wave punk.

Three LP’s in, the Cute Lepers continue to enjoy playing shows around the world,  meeting new cool people and hanging out with old friends.  As well as bonafide heroes of ours that we get to talk about guitars and various stupid to absurd topics with… and then watch them tear it up on stage.  Actually, I think we’re in it for the gigs with the Adicts and The Boys and the Swinging Utters and the UK Subs and the Buzzcocks when you get down to it.  Really really love punk rock, want to contribute, and want to be where the action is! –Steve E. Nix

A UK tour will follow in May, dates to be announced soon!

Hard Rock Cafe London kicks off Battle of the Bands