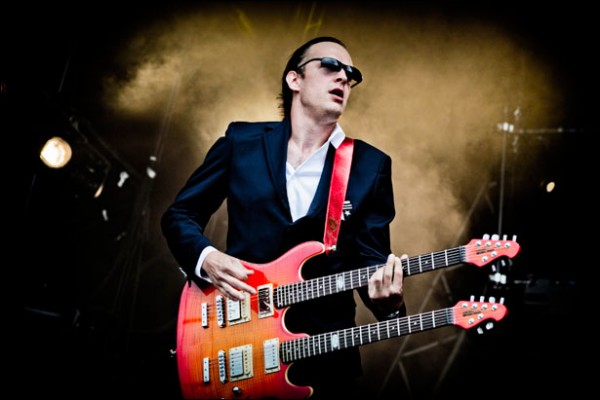 Award-winning blues rock star, guitar hero and singer-songwriter Joe Bonamassa and his ace touring band will undertake a UK tour in October 2011 to promote his 9th studio album Dust Bowl. The album will be released in the UK by Provogue Records on Monday 21st March 2011.

Tickets for Bonamassa’s ‘Dust Bowl’ UK tour will go on sale to the general public at 9am on Wednesday March 2nd from 0871 230 1101, www.seetickets.com and www.thegigcartel.com. Fans who can’t wait for the general on-sale date, can take advantage of Planet Rock radio’s 48-hour pre-sale, which starts at 9am on Monday February 28th on www.planetrock.com.