The Get Up Kids – There Are Rules 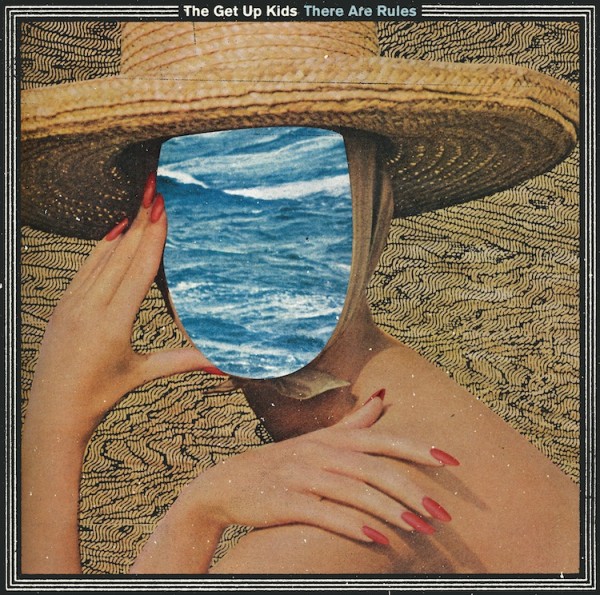 When The Get Up Kids announced their reunion in 2009 – after splitting in 2005 – no one took that much notice.  And, despite its new and relatively progressive direction, their new album ‘There Are Rules’ isn’t going to garner them much more attention. This is essentially because their brand of melodic emo has not aged well since the band invigorated the scene back in the mid 90s.

The five-piece from Kansas City are credited with reviving the emo scene, along with The Promise Ring and Braid, with their record ‘Something To Write Home About’ being considered one of the all time classic emo releases. Their music was a mixture of indie rock and punk with a strong sense of overriding pop – simple yet accessible. Upon entering the studio for this, their fifth album, The Get Up Kids faced a lose-lose situation. The pop heavy emo music they championed before their demise had become a global phenomenon, with bands like Fall Out Boy, Panic! At The Disco and My Chemical Romance taking the genre to new and more exciting places – they couldn’t just make another simple emo album, because it would be impossible to get noticed in the midst of an oversaturated scene. But if they branched out they risked losing the few fans that still hold the band close to their nostalgic hearts. Out of the two options, the second was the one they took, and the right one at that. But it doesn’t change the fact that this is fairly middle-of-the-road stuff.

‘There Are Rules’ sees the band remerge with a chunkier, more alt-rock sound, with layers of sonic distortion and a slight element of noise pop. Tracks like opener ‘Tithe’ and ‘Pararelevant’ sound confident and have some bite – the fuzzy guitars and aggressive tone sounding solid. But most of the album sounds a little flat and awkward. For starters, the infectious pop melodies of yesteryear are noticeably missing, and there just isn’t quite enough creative quality to keep a listener interested for a whole album’s worth of material. In places, the band dabble in synth pop – as on the song ‘Automatic’ – with uninspiring results, and ‘Rally ‘Round The Fool’ isn’t so much a brooding, slow burner as a boring, heartless slur. ‘Keith Case’ is one of the most memorable tunes on offer, mainly due to the track’s sense of urgency and the strong melody.

Although I applaud the band’s attempt to dissociate themselves once and for all from their emo tag, their new muscular sound winds up rather ineffectual. There are a handful of half decent tracks that make the album a worthy listen, but perhaps The Get Up Kids should’ve stuck to their original plan to release just an EP’s worth of songs, cutting out the fillers.