The Pains of Being Pure at Heart New Album 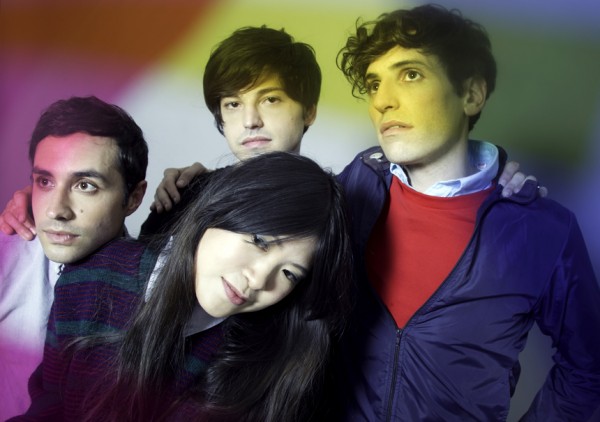 On the heels of their debut eponymous album, released in 2009, Brooklyn quartet The Pains of Being Pure at Heart have rightfully earned themselves a reputation as masters of the peerless pop song, crafting tender, melancholy gems which shimmered and sighed with the wistful promise of new love, casting a spell over listeners and critics alike.

Which brings us to “Belong”. For this, their second album – and their first for Play It Again Sam across Europe – The Pains of Being Pure Heart have recruited the services of what, on the surface of it, seems like two unlikely conspirators, in the form of master producer Flood and renowned mixer Alan Moulder. Only a few seconds into the title track however, and it makes perfect sense. Having worked with the legendary likes of My Bloody Valentine, U2, Smashing Pumpkins and PJ Harvey (to name but a few) between them, they have opened up the band’s beautifully self-contained sound and made it vast and magnificent, banishing once and for all any associations to “lo-fi” and bringing it into heretofore unmapped widescreen dimensions. Not that they have abandoned what made them so special in the first place however – quite the opposite. Everything seems more vivid, more lush and spacious now; the emotion heightened, more potent. The majestic “The Body” gallops along and goes deeper, darker than they ever have, painting a bleak portrait of decaying relationships, “Too Tough” is one of the most wrenching, yearning songs they’ve written to date, while previous single “Heart In Your Heartbreak”, with its handclaps, infectious chorus and late-breaking synth stabs, sounds like the very essence of bittersweet romance.

The new single meanwhile, is also the title track, and sounds positively anthemic, with buzzsawing, Smashing Pumpkins-circa-Gish guitars slicing intermittently through Pains’ beautifully jangling wall of noise. And even though it comes equipped with hooks to spare and an infectious climax of “we don’t belong”, the sweet melodies bely its acute study of restlessness and human (dis)connection (“What to do/ nothing new/ we’ve tried each other/ let’s try another”, Berman sighs at one point) and manages to lodge itself in the listener’s brain long after its short but sweet running time is over.

Taken in total, it adds up to a glorious vision of The Pains of Being Pure at Heart – vibrant and expansive, more muscular and complex to be sure, but without losing any of the fragile beauty and inimitable charm that marked them out in the first instance. We simply cannot wait to see what the next phase will bring.