Goodluck Jonathan – This Is Our Way Out EP 3 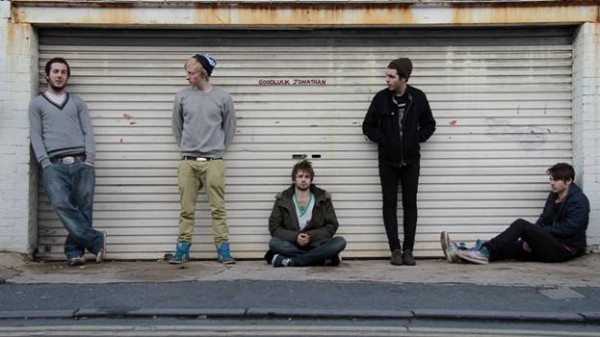 ‘This Is Our Way Out EP 3’ is the final instalment to the Goodluck Jonathan trilogy and shows that the band has real potential along with having matured since their earlier EPs.  Opener ‘Mad Lick’ starts the EP and begins underwhelmingly but builds quickly with unstoppable riffs and frantic drums that combine to make a truly wonderful chorus.

‘Stop’ is an altogether bassier affair which has a far dirtier feel than its predecessor although the incessant energy is certainly still a feature. The vocals rasp rather than their prior regional tones and this only adds to the somewhat garage feel of the track. Out of all the songs on the EP, this is the one to play loud. ‘Broken Heart’ too involves heavy bass but the whole track seems a more industrial affair rather than the melodic focus of the previous tracks. That is not to say that there is no melody here but instead the track seems to have an almost panoramic vista that spans landscapes as it plays.

Closer ‘This Is Our Way Out’ feels as though it’s the song that the whole EP has been leading up to where shrill keyboards underlie an entirely spoken vocal. Although mostly instrumental, the vocals have a very distinct effect here due to the sincerity of such a low key performance.

All in all then, the EP feels like a showcase of everything that the band can do and they are certainly a talented bunch. This is not the most focused of efforts but at the same time that is part of what makes it so enjoyable; there is an unpredictability here that feels as though Goodluck Jonathan are considering an entirely fresh approach. These are certainly a band to watch.