Album released on Phantasy/ Because Music on March 21 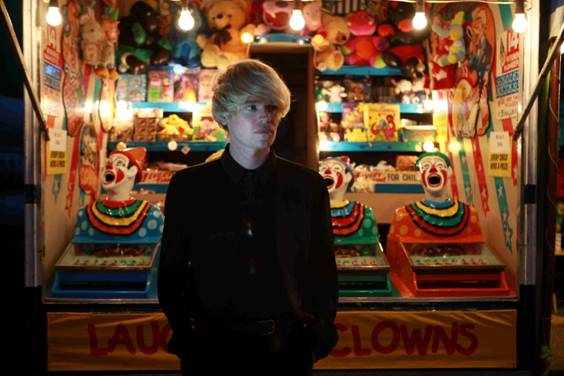 Connan Mockasin has the kind of deliciously off-kilter and gloriously idiosyncratic worldview that rapidly proves addictive. Once you’ve heard it, you can’t help but wish to go back for more. On his rather unusual childhood activities: “when I was really young my mum got me a welder and just let me turn all the discarded pipes and rubbish on our property into a proper junk yard. I got really obsessed with carnival rides and ghost trains that folded up. Mum said a lot of the neighbours were a bit disgusted…”

Welcome, folks, to the delightful, slanted and enchanted world of Connan Mockasin. The New Zealand born, current London resident Mockasin makes beautiful, off-kilter music which subverts as it compels, challenges as it mesmerists, startles as it seduces, even drawing fans as diverse as Johnny Marr and Radiohead to Ed Banger chief and ex Daft Punk manager Pedro Winter into its wide-eyed, childlike exploration into the final frontiers of pop music. It is all too rare, in this current climate of manufactured pop acts, grey over produced ‘alternative’ guitar music and press-fuelled mania for the next-big-thing, to hear something truly striking and original, but a strong case can most certainly be made for Connan to be a true pop auteur, taking his rightful place in a proud lineage which includes past mavericks such as Joe Meek and Brian Wilson, right through to current cult heroes like Ariel Pink, Sufjan Stevens and John Maus.

Written from start to finish one hot summer, while camped outside his parent’s church-like house in a tent, his album “Forever Dolphin Love” is an LP which brims with the beauty and solitude of summer evenings, a miasma of psychedelic tangents, jazz interludes and echoing guitars which hum with a distant, haunting resonance. Indeed, it is so unique a first-time listener may have to listen to it again just to take it all in, so powerful is the spell it casts. It exists in its very own, free-floating parallel universe; a world where lush psychedelia morphs unpredictably into Spanish salsa (“Faking Jazz Together”), breathtaking, short interludes (“Grandpa Moff”) nestle alongside languidly unravelling epics (the title track) and above it all, Connan’s feather-light, alien vocals gently hover – not always in English, by the way, but sometimes in their own, made-up language – tantalisingly, beguilingly out of reach.

This record (packaged with a special live recording) is, however, only the beginning for Connan – the next few months will see him unfold his unique charm in myriad ways and working with people as iconoclastic and idiosyncratic as he is, beginning with him scoring the first short film from acclaimed video director Kinga Burza, called “Candy”. In addition, alongside the likes of Villagers and Noah and the Whale, Connan has also been working on new music with the inimitable Charlotte Gainsbourg, with a brand new collaboration set to appear on a “live and unreleased” edition of her album in the summer, and he has also been working with Sam Eastgate of Late of the Pier on an offbeat upcoming project called Soft Hair. Throw in the fact that he has just been confirmed as main support on Warpaint’s UK tour in May, and a path is cleared for the once perennial outsider as one of the most vibrant and engrossing musicians on the map. You’d do well to clutch him to your hearts now. 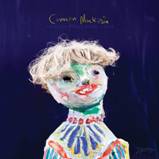 1.    Megumi the Milkyway Above

1.    Megumi the Milkway Above 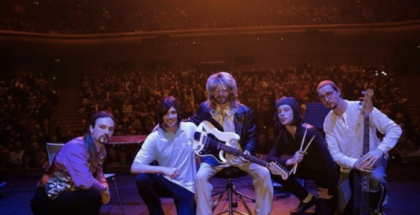