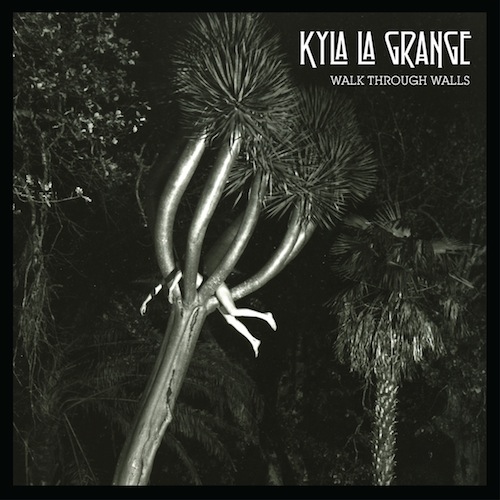 “one of those precocious talents that everyone secretly fears. A gorgeous voice and a soaring chorus, the kind that makes your heart swell a little bit. Stirring stuff.” – The Guardian

Noir is enormously proud to announce the release of Kyla La Grange’s debut single, Walk Through Walls on 7 March. The track is also available as a free download here:

If you think epic, widescreen pop can’t coexist with a keenly felt indie sensibility, then prepare to have that notion gloriously exploded. Walk Through Walls, the first single from the fearsomely talented Kyla La Grange, swells with Arcade Fire-like uplift into its chorus’s passionate invocation to “Get up, get up, get up”, a track powered from start to finish by an extraordinary voice. In the lower register hers is a voice of smoky, intoxicating intimacy, one that sets spines tingling when it catches with emotion. Kyla can also, though, soar to heights with the sort of querulous intensity of Kate Bush.

It’s a track that sounds like elation at its most urgent, but its exquisite lyrics (“Did you walk through walls, ’til you hit the floor?/ Did you read my eyes, and my aching thoughts?”) betray the heartbreak. It’s about being broken up and blown apart and wanting to walk through walls to that person, Kyla explains shyly. “When you feel really, really fucked up about something it feels like the whole world churning around in your mind,” she says. “I guess a lot of musicians want to do that with their music – to make it feel so big, like a wave has taken you over and washed you up. I wanted to revel in an epic sadness and get swept up in it.” And as for that huge voice, “I think if you get into the emotion of something enough then it just comes out of you.”

Kyla grew up in Watford, the eldest child of hippy-ish parents, and has been writing songs from the age of five. It was only while studying philosophy at Cambridge that she began taking her talent seriously though. There a friend played her Cat Power and Elliot Smith for the first time and, in falling in love with their songs, she decided to start performing her own music. She has recently toured with I Blame Coco, after putting in dazzling performances at Notting Hill Arts Club’s Communion nights and this March she’ll play at SXSW in Texas. She’s been in the studio with Faithless’s Rollo Armstrong and is currently working on her album with producer Brett Shaw, due for release later this year.

Also the B-side ‘Courage’ is available for free download here: