Gigwise is proud to present The Young Knives exclusive album launch and live set at XOYO on Wednesday 6th April 2011.  The band will be showcasing songs from their third studio album ‘Ornaments From The Silver Arcade’ to an audience lucky enough to grab tickets to this much-anticipated event.

The band have now spread their wings making a significant departure from what went before, while still retaining the power and energy that makes them Young Knives – and they’ll exclusively bringing their finished masterpiece to be enjoyed as the very first offering from Gigwise’s new Monthly night ‘Gigwise Presents…’

Gigwise will also be offering a chance to win tickets, including an exclusive meet & greet with the band in weeks running up to the show.

First support will come from Bear Driver, whose debut album ‘Wolves’ is nothing short of astonishing. Their unique take on the ‘Alt Rock’ genre transcends the generic indie tag so often pinned to guitar based acts to form a jagged and playful pop song like no other.

Filling the bill of last support will be To Kill A King, a folk inspired 5 piece due to release their debut single on Communion Records (the label Co founded byMumford & Sons and Cherbourg Alumni)  Early comparisons are being made from Keane To Arcade Fire to name a few.

‘Love My Name’ is released on 21st March on 7” and digital download. The new album from Young Knives, ‘Ornaments From The Silver Arcade’ follows on 4thApril. 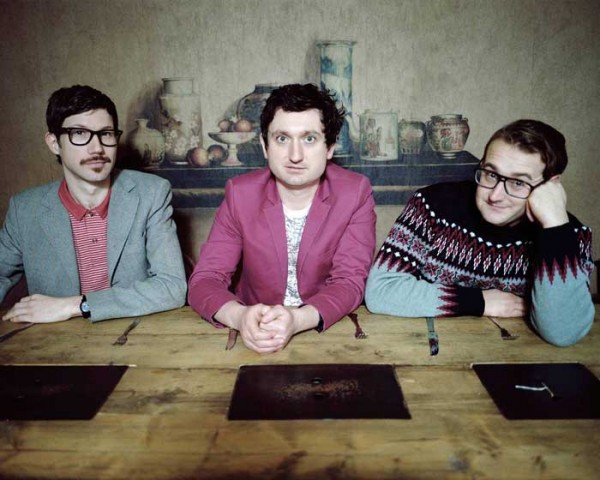