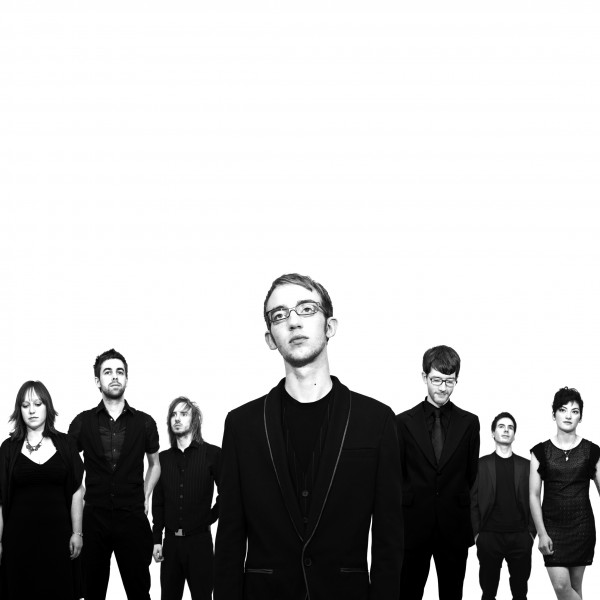 AAAMusic:Your new single is completely different from previous releases. What’s behind this change in musical direction?

A Genuine Freakshow: I don’t think any of us particularly feel that the single is that much of a drastic leap from what we’ve been doing in the last few years. We have had big slices of pop in all our previous singles, albeit perhaps delivered it in a less direct manner. We didn’t really follow a different process for Hopscotch that we did for anything else, but we did want to have one song on the album that was pure pop, something fun (we spend so much time taking everything so seriously). Hopscotch had something instantaneous about it, which is why we thought it would lend itself well to being a single. The appearance of Hatty Taylor duetting the vocals with Tim was something we thought added an extra element to the song and the album.

AAAMusic: Does the album have the same pop imprint or will it feature a similar sound to the EP released in 2009?

AGF: Hopscotch is certainly the ‘poppiest’ sounding song on the record, but all the songs that were on the free EP from 2009 were all re-recorded and all feature on the album. Pop (good pop) is certainly one of our many influences and that’s evident in some of the songs, but Hopscotch on its own certainly doesn’t paint an accurate picture of the entire album or us as a band. People are always really surprised when they see our live show – one minute we’ll be playing a 3-minute pop song, the next we’ll be playing an 8-minute post-rock wall of noise. We are wary that the single has the potential to misrepresent our entire catalogue as a whole though.

AAAMusic: You are a young band. When and why did you decide to get together as a band?

AGF: I guess in terms of ‘reaching our musical peak’ we still feel very young, like there’s much more to come from us. In terms of age I’m the second most senior at 26 – is that still young? I don’t know anymore! We settled on our 7-piece permanent line up in 2008, so I guess you could say that’s our official genesis. But we did swim around in various other forms before then. Tim Sutcliffe and I were the founding members, we met at University many years ago when he found out I had a spare Radiohead ticket. He came knocking on my door, on the scrounge, and we remained friends ever since. I don’t think we ever decided to form a band, it just kind of happened.

AAAMusic: Your music features complex arrangements. Do you create it all by yourselves or do you have external collaborators?

AGF: For the album Oftentimes, we originally wrote all the arrangements ourselves as most of the band are classically trained (myself not included!). But when it came to the recording process we found that some of them didn’t work as well on record as they did live. Our producer, Jordan Fish, is a very talented musician himself and made a few choice tweaks and changes where necessary.

AAAMusic: The violin also features a lot. Are you planning to do something more orchestral, or are you closer to folk?

AGF: I think when we first started out we were closer to folk, but now we’re certainly leaning further to the orchestral side of things. Both our string players play in full orchestras and Mel, our cellist, is in the process of scoring out all the arrangements so that we can eventually play a couple of special shows with a full orchestral backing. It’s a long process but I’m sure it’ll be a worthwhile one when it’s done.

AAAMusic: Who are your main influences?

AGF: Well I definitely can’t answer this on behalf of the band because the spectrum is pretty broad, especially when you have so many members. Personally, the last 5 albums I played on my iTunes were:

AAAMusic: It must be difficult to get 7 people to agree on something, who has the final word?

AGF: Ha, yeah it is! We generally try to make things as democratic as possible but there are certain occasions when Tim or I will stamp our feet if we don’t get our own way. So the others might argue there’s a slight dual-dictatorship soiling their blissful band democracy!

AAAMusic: It’s 7 of you in the band; what do you think of artists who rely on softwares to reproduce instruments sounds?

AGF: Whatever works best for each individual artist I guess – being in a band with 6 other people certainly isn’t for everyone. Personally I like the spectacle of 7 people playing live at the same time. I think it gives us a really full, complete sound. There are obviously certain things you can’t re-create with software but that’s not to say they don’t have their uses. What works for us won’t be right for somebody else and vice versa.

AAAMusic: Which artist would you like to have as guest on your next album?

AGF: In total fantasy land of course, but Tom Waits is one of my heroes and I think he’d be one of the most interesting and satisfying artists to collaborate with.

AGF: We would love to do some European dates, but our schedule for this year is already starting to look quite full, so whether we’ll get a chance before 2012 remains to be seen. Regarding European festivals, of course that’s down to whether the organisers want us to play or not! Feel free to tell them we should.

Our Friends Acoustic The 80s Extravaganza Is Back In Aid Of Mencap!