Sister Wife is out May 16th on Island Records 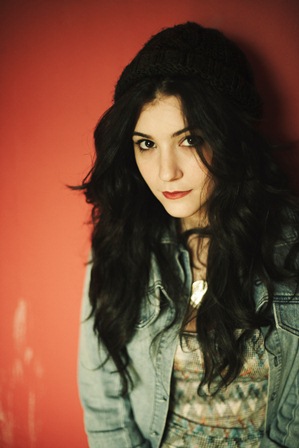 “The catchiest new prospect to crop up in 2010” NME

“A promising prospect indeed” Time Out

A talented multi-instrumentalist with a voice reminiscent of Joanna Newsom, Lykke Li and PJ Harvey, Detroit born Alex Winston is causing quite a stir in the pop world. Having recently headlined a NME Awards Show, signed to Island Records, Alex is now making serious waves in America – her video for last single ‘Locomotive’ was the number 1 most played video on Pitchfork TV.

Taken from her critically acclaimed mini album (of the same name), new single ‘Sister Wife’ will be released as a digital download on May 16th through Island Records.

Written by Alex and produced by New York whizz-kids The Knocks, ‘Sister Wife’ looks back at Winston’s upbringing in Detroit. The soulful chorus, “Hey there sister wife / Get the hell out / It’s my night / You don’t know they way to his heart like I do” is set against a wall of melody and muscular percussion.

The defiant ‘Sister Wife’ highlights an impressive skill for crafting the perfect pop song and beckons at a talent we’re only just discovering. Alex is currently putting the finishing touches to her debut album – due September 2011 which will be recorded with The Knocks and the award winning Charlie Hugall (Florence and the Machine).

Having only played her first ever live shows at CMJ 2010, those who have seen Alex can attest to the energy and power of her live performance. She will be making her debut at SXSW this month before returning for a string of dates including London’s XOYO and Brighton’s Great Escape festival.