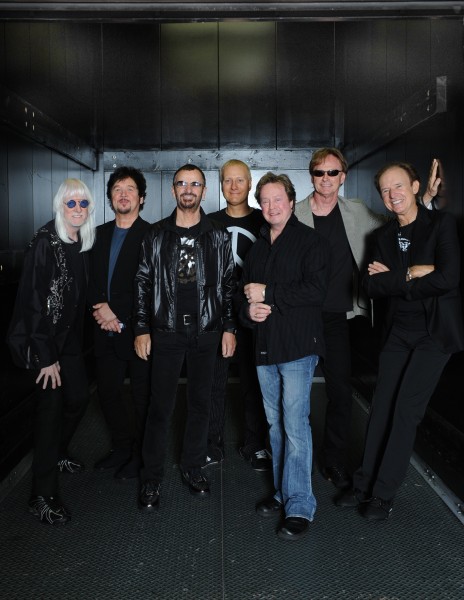 Ringo Starr and His All Starr Band return to the road for the 12th All Starr tour. Joining Ringo Starr will be Rick Derringer on guitar, Richard Page on bass, Wally Palmar on guitar & harmonica, Edgar Winter on sax and keyboards, Gary Wright on keyboards and Gregg Bissonette on drums.

Ringo Starr is one of the world’s brightest musical luminaries. He has enjoyed a successful and dynamic solo career as a singer, songwriter and drummer, an active musical collaborator and as an actor. Drawing inspiration from classic blues, soul, country, honky-tonk and rock ‘n’ roll, Ringo continues to play an important role in modern music with his solo recording and touring.

Ringo Starr’s music, as a solo artist and as a Beatle, is permeated with his personality. His warmth and humour, and his exceptional musicianship have given us songs we all know and love, including ‘It Don’t Come Easy’, ‘With A Little Help From My Friends’, ‘Yellow Submarine, ‘Don’t Pass Me By’, ‘Octopus’ Garden’, ‘Photograph’, ‘Back Off Boogaloo’, ‘You’re Sixteen (You’re Beautiful And You’re Mine)’, ‘Don’t Go Where the Road Don’t Go’, ‘The No No Song’ and ‘Never Without You’.

The All Starr Band has toured consistently since its inception in 1989. Based on the concept “everybody on stage is a star in their own right”, each concert sees Ringo performing songs from his solo and Beatles’ career and each Starr performing hits from their own careers. Over the years the revolving line up has included such stellar artists as Joe Walsh, Dr. John, Todd Rundgren, Timothy B. Schmidt, John Entwhistle, Peter Frampton, Sheila E., Rod Argent and Paul Carrack.