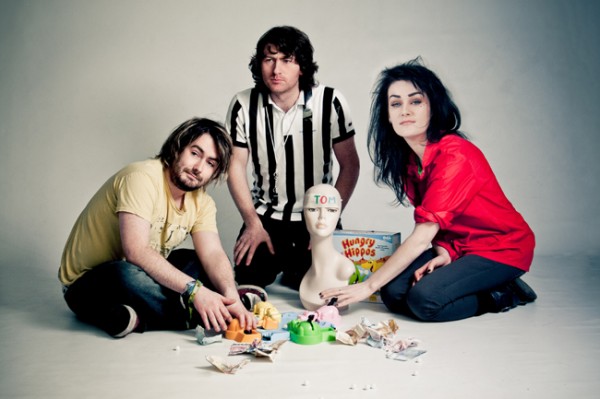 ‘THE BODY OF CHRIST AND THE LEGS OF TINA TURNER’

“Relentlessly pilfering the brightest parts of post-hardcore synthery, cartoon punk and sugar-rush twee, these totally hinge-free magpies have built a nest from shards of Enter Shikari, Test Icicles and Le Tigre and then thrashed the shiny fuck out of it” – NME

“This is a quirky blend of tender indie-pop and jangly mayhem….….dominated by MayKay’s wailing Debbie Harry-ish vocals steering the band through familiar off beat terrain” – The Sunday Times

Fight Like Apes are set to unleash their new album ‘The Body Of Christ And The Legs Of Tina Turner’ on April 25th via Model Citizen Records.

Following the release of single ‘Jenny Kelly’ on April 4th, ‘The Body Of Christ And The Legs Of Tina Turner’ sees our intrepid sonic stevedores sink deeper and darker into the treacly tar pits of their collective dank and fetid imagination.  Here Indie Monsters are called out and slain. With pitch black rhymes and ridicule, Fight Like Apes take the tumescent cadaver of 21st century pop and hotwire it with a million volts of electro-punk therapy.

Febrile with white heat intensity of a world tour which saw the band travel far and wide from New York to Newcastle, to Berlin to Benicassim, Fight Like Apes decamped to London to work under the production hand of Gang Of Four’s guitarist Andy Gill (past production duties have included Futureheads, Young Knives and Red Hot Chili Peppers). Here, hidden behind the street traders of Leather Lane the new Fight Like Apes long player was kicked and screamed into being.

The Dublin alt-rockers have already garnered a reputation for their raucous on stage antics and quirky track titles from the blogsphere to national music press alike. The album has already caused a furore on its initial release in Ireland in August, charting at # 1 in the digital charts and giving Katy Perry and Eminem a run for their money, entering at # 3 overall.

Like a snotty kid poking a dead crow with a shitty stick; or a scabby knee that you just can’t help but keep picking at; these are scenes from the A&E at the end of the world, and Fight Like Apes are open for admissions.

Preceding the release of their hotly anticipated second album on April 25th, and single ‘Jenny Kelly’ on April 4th, Fight Like Apes have offered a selection of their new tracks performed live as a free download. ‘Hoo Ha Henry’, ‘Poached Eggs’ and ‘Come on, Let’s Talk About Our Feelings’ were all performed recently at Tower Records in Dublin.

Fight Like Apes Live at Tower Records Dublin by rubyworks 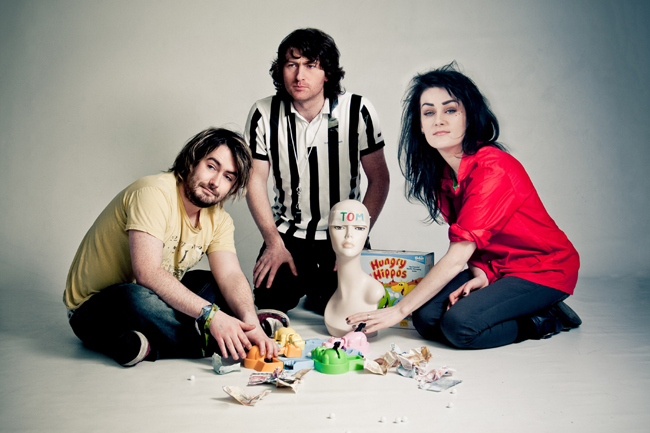