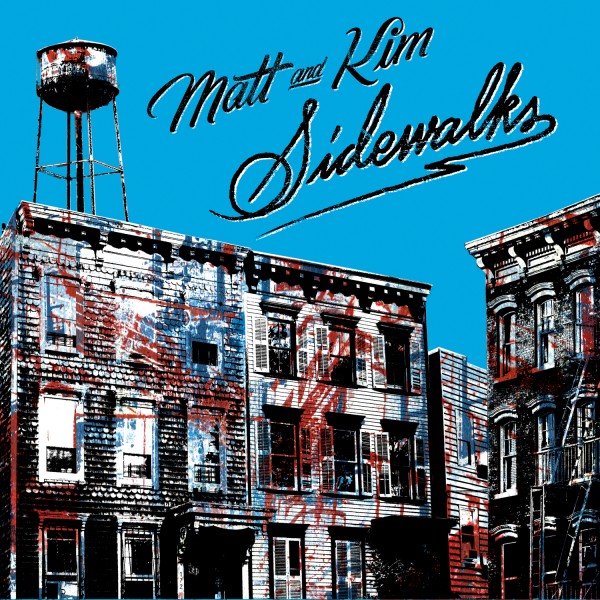 Let’s be honest. Despite belonging to the first generation of bands that made the Brooklyn hipster scene raise to the Olympus of alternative music, and being praised by a ridiculously enormous amount of music blogs and webzines as new wave wonder-duo, Matt and Kim have always sounded like two kids playing around with their parents instruments without even knowing what they are doing.

But that’s why we love them don’t we? Their idiosyncratic style, built around syncopated sloppy pop songs, has always sounded so genuinely naive and harmless in its simplicity, and their tracks so reassuringly easy-listening, that there’s no need for them to be ‘objectively’ good in order to sound great and deliver a fun carefree music interlude to brighten up our grey daily routine. I was lucky enough to discover them in some steamy pub in Camden Town – in the days when Johnny Borrell was still famous for his v-necks and VIP lovers – and all I can actually remember of that manic set was everybody being pissed of their heads (me included) jumping around, pogoing and laughing out loud (pretty good reaction for being a British audience uh?) while Kim was, too, literally jumping  on her drums and Matt shrieking on the mic and dancing around the keyboard.

Unfortunately the pair has gone big in the meantime and what they’ve gained in illustrious collaborations (the production of ‘Sidewalks’ has been given to Ben Allen, responsible for the success of Animal Collective’s ‘Merriweather Post Pavillion’) they might have lost in authenticity. ‘Sidewalks’ still contains all the elements that made of Matt and Kim the idols of urban Peter Pans of the whole world – like the elementary bouncy loops of the opening ‘Block After Block’ and the carefree mood of ‘Where You’re Coming From’, up to the fuzzy and childlike chorus of ‘Good For Great’ and the bold spiky drums of ‘Wires’ – but Matt and Kim sound like the photoshopped version of themselves. The raw energy seems to be gone in favour of perfectly crafted beats and almost disco melodies, and Kim’s voice is relegated to a pure backing role.

‘Sidewalks’ is still a good album. Too good, this is the problem with it! We want the old Matt and Kim back, the ones of their S/T debut and of ‘Grand’ who, seemingly not even able to play an instrument properly, would carry us back with them to childhood and have pure fun, like only children can do.

We The People announce Example, Annie Mac, DOOM and more