We The People announce Example, Annie Mac, DOOM and more

Super Early Bird Tickets Sold out! Early Bird on sale at £35+bf per day or £60+bf for the weekend

Anticipation grows ever greater as We The People confirm a host of artists to join Chase and Status and The Streets in Bristol. Super Early Bird tickets have already sold out for the South West’s newest festival and the line-up delivers the most forward thinking innovators in music right now.

In support of band-of-the-moment, Chase and Status and poet laureate of geezer rap Mike Skinner, playing his final shows as The Streets is Example who in keeping with his breakthrough album definitely ‘Won’t Go Quietly’. Multi talented DJ and singer, Yasmin will display her R n’ B and hip-hop, party cuts as she performs live and Radio 1’s queen of dance music Annie Mac will drop clubland’s freshest beats. Local Bristol boy Redlight will navigate the unnamed airspace between house, breakbeat and dubstep while Dot Rotten is a purveyor of emotionally driven beats and insightful lyrics.

The most potent voice in British hip-hop Roots Manuva takes to the stage whilst Giggs, king of the mixtape and purveyor of rugged home truths tells it how it is. Master of sound and ruler of beats, Beardyman is a perennial festival favourite

We The People can hardly contain their excitement at securing east coast hip hop don and enigmatic recluse, DOOM for a rare UK performance while L.A’sGaslamp Killer showcases his unique take on dub-step and hip hop with some remarkable turntablism. Hip hop legends the Ultramagnetic MC’s will perform some stone cold classics to a rapturous crowd. Dubstep Dandy High Rankin never fails to cause a riot on the dance floor while Modestep take the genre into new territory and are one of the hottest new acts on the live music scene. Engine Earz prove why they have been described as Massive Attack for the dubstep generation.

Local promoters and club nights are firmly represented and those bringing the sounds of the South West and beyond include Bed, Blast and Blowpop.

With a 10,000 capacity each day in one of the cities most iconic locations and three music arenas, We The People is brought to you by a collection of national promoters and leading lights of the local club and live music scene

Expect many more artists to be announced imminently.

Andrea Corr: single “Tinseltown In The Rain” and album “Lifelines” May 30th 2011 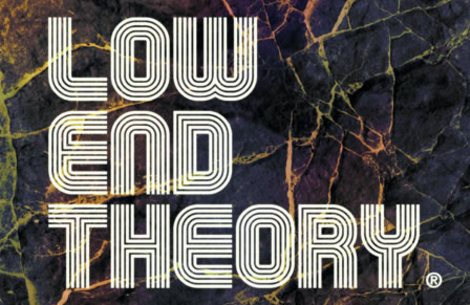