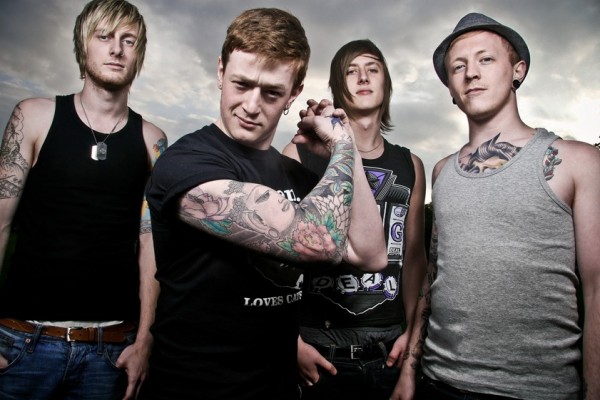 After a highly anticipated wait, UK heavyweights Deaf Havana are back with a headline regional tour of the UK in support of their forthcoming second album, due out in Autumn 2011.
A hectic and turbulent 12 months for the band has seen them lose a member, re-shuffle, have their comeback single chart at #10 in the Official UK Rock Chart, packed stages at Sonisphere, Hevy and Slam Dunk Festivals, a Kerrang! Award nomination and a critically acclaimed headline tour, selling out the imfamous London Garage as well as numerous other venues around the UK.
A relentless touring schedule has also seen Deaf Havana hit the UK and Europe with the likes of Emarosa, Young Guns, Feeder, Underoath and You Me At Six, further cementing their place in the hearts of the UK rock scene.
Following a long break to write and record the follow up to debut album ‘Meet Me Halfway, At Least’, Deaf Havana are back in full force and ready to take the world by storm.  Frontman James Veck-Gilodi mirrors this enthusiasm, “I can’t wait to get on stage and play songs I’ve written with so much expression and meaning, this is the first record where I have had to do everything myself, it was a crazy and daunting experience but we couldn’t be happier with how the new album is sounding, it is a new direction for us, but like everyone  does, we’ve grown up and matured and this record will reflect that.  Playing this record live is going to be a lot of fun and we can’t wait to share it with everyone.” The tour will support the release of the forthcoming album’s first single and also allow the band to hit some towns they have not been to since their early days, before embarking on a full UK Headline tour later on in the year.