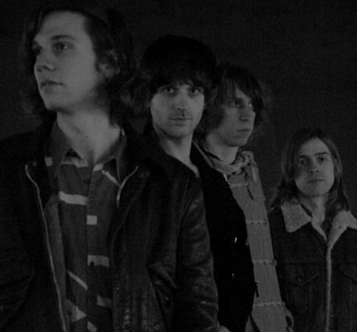 “Like the Doors if they’d swapped taking acid in the desert for writing coherent rock songs (Ice Black Birds) have the anthemic chops to be serious contenders.” – NME

Ice Black Birds make a raucous, fiery blues-infused rock ‘n’ roll noise all laid down in songs that stick in your head forever. As their cotemporaries are quick to note ““These guys write TUNES”  – Josh Block, White Denim

Todaythey release their third single ’22:22’, a thing of “sheer rock n roll greatness”  – Track in a Box. In November there are set to release their debut album.

Going from strength to strength and building a following for their charismatic high energy live performances as they are for their songs, Ice Black Birds are following their SXSW showcases with four big UK dates incl. a headlining Club NME show at London’s Koko and two Single Launch Shows – one in London at White Heat, Madadm Jo Jo’s TOMORROW and one at The Green Door Store in their hometown Brighton.

The Spires reveal new video for ‘Fireworks’ single released physically on the 18th of April!