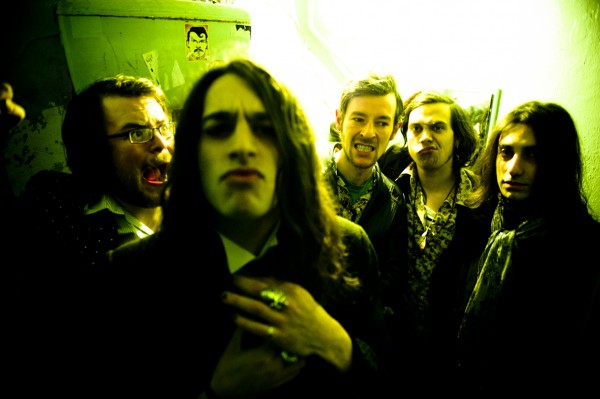 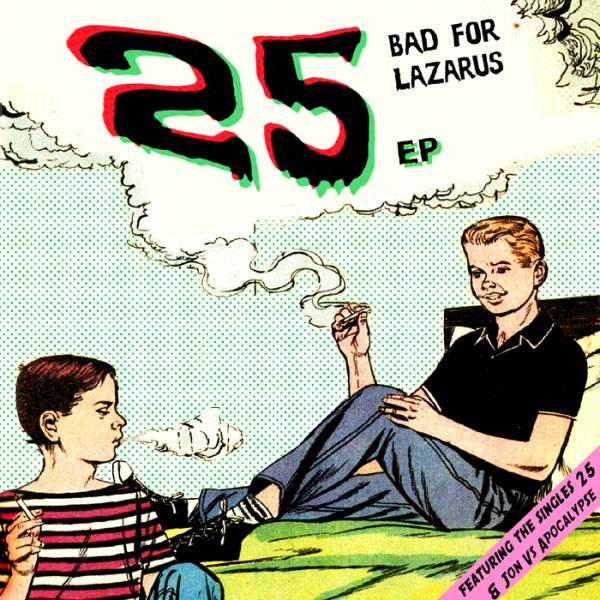 Brighton five piece Bad For Lazarus are set to embark on a full UK tour in support of their new EP ’25’, released March 28th. Consisting of ex-members of The Eighties Matchbox B-Line Disaster, UNKLE and NIN, the band have all the scuzzy rock credentials, yet before making their full album statement have crafted this quieter Lo-fi EP.

“The challenge was to write something in a minimalist, softer style that isn’t completely horrible,” says front man Rich Fownes. “I don’t think there’s anything worse than when a good rock artist ‘gets sensitive’ and trades their wit and style for introspection and general wussyness. Once we took on the challenge for nothing more than fun, and our guards were down, we were quite amazed with our own results.”

Indeed, ‘25’, sacrifices none of the band’s signature swagger, yet converts the shouting and feedback (well, most of it) into soulful doo-wop through a fuzzy rock ‘n’ roll lens. Reflecting on the EP, Fownes picks out some personal highlights;

‘“There are many special moments; from the babershop breakdown in ‘25″ to the ‘shooby-doo-wahs’ of ‘Cozy’; where we had come many steps closer towards realizing our original intention of mixing Motown, light-hearted humour and rock ‘n roll sensibilities. It seemed ideal, and delightfully backwards to release these songs as a collection of their own, before the initial album statement had even been made.”

With a full length album to follow later in the year, it’s set to be a very busy year for Bad For Lazarus. The band have made a name for themselves through heavy touring (with the likes of Liars, Kong and Chickenhawk no less), and 2011 will be no different as they are set to play the following dates;

The Spires reveal new video for ‘Fireworks’ single released physically on the 18th of April!