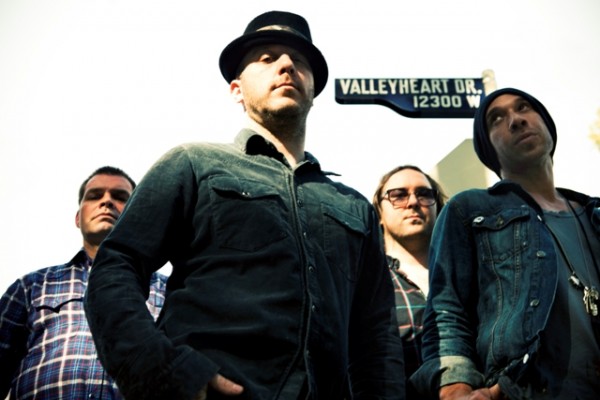 With Valleyheart–their third full-length offering due out May 23rd 2011 (Five Seven Music)—SHE WANTS REVENGE has emerged with an album establishing them as a creative force to be reckoned with.

The video for the album’s first single “Must Be The One” made its debut last Friday on award-winning skate site, The Berrics (www.theberrics.com) and is impacting radio now.

You can watch the video here:

The song is also available for purchase on iTunes at http://itunes.apple.com/us/album/must-be-one-take-world-single/id425260565.

She Wants Revenge vocalist, guitarist and programmer Justin Warfield says, “It is a video I directed, and since all of the principal “actors” are actual skateboarders, it’s fitting that it debut on the largest skateboarding website in the world.” Visit the Valleyheart blog at http://valleyheart.tumblr.com/ for additional comments from Justin.

The video for “Must Be The One” is a perfect fit for the visual element of the North Hollywood, CA outfit who has emerged with a loosely-rendered conceptual effort playing out in the band’s beloved San Fernando Valley—their Valleyheart. Directed by SHE WANTS REVENGE’s JUSTIN WARFIELD, it features Deborah Foreman, star of the 1983 teen romantic comedy Valley Girl.

Leading up to the release of Valleyheart, SHE WANTS REVENGE will embark on a short US tour wrapping the leg at the Coachella Valley Music & Arts Festival on April 17.    These dates come off the heels of the bands three appearances at SXSW where they performed new material to packed rooms including the IHEARTCOMIX and SEA NOW! showcases.  After seeing the band at SXSW, the San Jose Mercury News raves “The band is mighty good in concert. I was impressed with what I saw and heard. She Wants Revenge is now channeling its inner Muse – and it turns out the band is quite good at crafting arena-friendly rockers.”

Following the success of their self-titled debut, its follow up This Is Forever, and years of international touring, SHE WANTS REVENGE’s core duo of JUSTIN WARFIELD (vocals, guitars, programming) and ADAM BRAVIN (bass, keyboards, sounds, tones), aided by their longtime associates drummer Scott Ellis and guitarist Thomas Froggatt, return with a musical body of work that is refreshed and inspired.    For two kids who came of age in this small town just over the hill from Hollywood, the memories, feelings, images and sounds all came back in a rush; now all they had to do was interpret that sentiment in a way that was at once evocative and wholly their own.

Their homage to their roots doesn’t end with the songs, as not only did BRAVIN shoot photos of the Valley landmarks so near to their hearts, but they are also each directing 10 short films, one for every song, to visually represent the stories contained within the album.

The complete track listing for SHE WANTS REVENGE’s Valleyheart is: