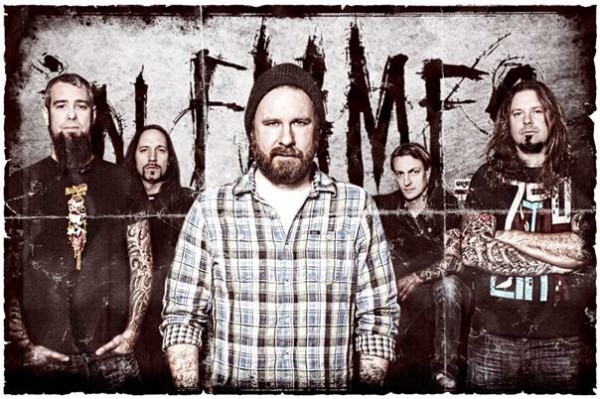 “This is number 10….. Album number 10!!!!! That we even made it this far, that is amazing. Then, to deliver the album of our career that is something else….. It’s fast, slow, heavy and mellow. It’s happy, sad, angry and calm. ‘Sounds of a Playground Fading’ is everything we ever done on crack (it’s a metaphor boys and girls), it’s cask strength whisky when it’s THAT perfect moment. Use and abuse!!!!!

By the way, we are happy to be in bed with Century media. They know the business we know the music, a perfect match. What can possibly go wrong….ha, ha, ha!!!!!!”

IN FLAMES were founded 1990 in Gothenburg and soon became one of the most successful Swedish Metal bands since the release of their break-through album “The Jester Race” in 1996. Like many of the predecessors, their last album “A Sense Of Purpose” (2008) charted all over the world including the band¹s highest ever entry on the American Billboard top 200 with an amazing #28. Other notable chart entries: Sweden #1, European Billboard top 100 #7, Canada Billboard top 200 # 7, Germany #6, UK (top 200) #54, Finland #3, Japan #14, and Norway# 17. “A Sense Of Purpose” was at the time of release the 7th most sold album in the whole of Europe.

In September 2010 IN FLAMES once again entered their own IF Studios together with Roberto Laghi, Daniel Bergstrand and Örjan Örnkloo to start the recording of the new album. The album “Sounds Of A Playground Fading” is planned for June, 2011 release. Around the time IN FLAMES will play some of the most important European summer festivals (Sonisphere, Rock Am Ring/Rock Im Park, Hellfest, and more), followed by the Rockstar Mayhem US tour in July and an European tour in Fall/Winter 2011.

Crystal Stilts “Through The Floor” out now