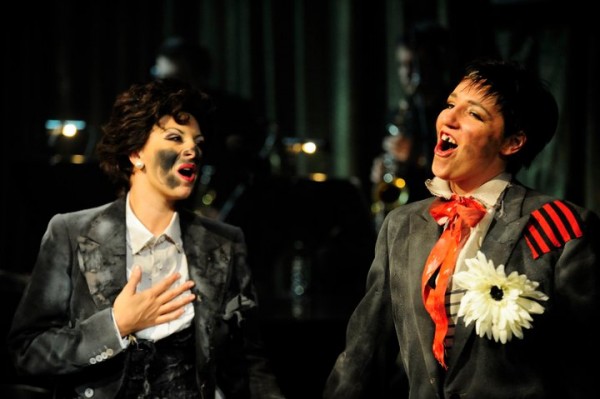 Have you planned a perfect Mothers Day treat for your Mum yet? With only one week to go until the big day, there’s still time to surprise and dazzle the special ladies in your life with tickets to see Judy and Liza, the glittering new production, which comes toThe Southport Theatre especially for Mothers’ Day, Sunday 3 April at 4pm.

Almost five decades after the ultimate showbiz mother Judy Garland and her daughter Liza Minnelli last performed together at the London Palladium, these two legendary songstresses return to the stage thanks to this gleaming production, which received standing ovations and rapturous acclaim from audiences and press alike during its preview season in Liverpool in November 2010.

The two extra-ordinary women are portrayed by West End stars Emma Dears (Mary Magdalene-Jesus Christ Superstar, Ellen –Miss Saigon) and Lucy Williamson (most recently played alternate Judy in End of the Rainbow in the West End). Emma and Lucy will be backed by a four piece band, providing the perfect setting for the songs of Judy and Liza, with orchestrations from renowned Conductor and Composer Michael England, who most recently worked as Musical Director on the 25th Anniversary cast recording and subsequent tour of Les Miserables.

Images and footage of Judy, Liza and those closest to them form the backdrop to the show, whilst Emma, as Liza and Lucy, playing Judy, tell the sensational stories of the lives of these world famous artistes, featuring live performances of all of your favourite Judy and Liza hits including Cabaret, Maybe This Time and The Man That Got Away.

Get a sneak peak of the show by viewing its trailer at www.judyandliza.com

This is a show that the whole family, from daughter to Great Grandmother will not want to miss. So, come hear the music play, as the curtain rises once more on Judy and Liza…Together, wherever we go.

‘So I would dance and she would sing, and it was kind of a family thing.

Performing was part of our world.’ Liza Minnelli.

How to Book, call Ticketmaster on 0844 847 2380.  Alternatively click www.southporttheatre.org.uk

Aloe Blacc: New video for ‘I Need A Dollar’

We Are Enfant Terrible – Filthy Love