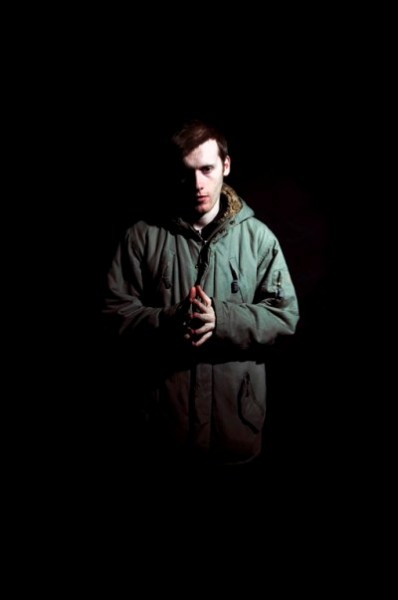 D/R/U/G/S is the project of one Callum Wright and D/R/U/G/S craft some of the most euphoric, radical new music around. Made with the freeform attitude of synth visionary Oneohtrix Point Never, the fuck-you braggadocio of the Wu-Tang Clan, the cast-iron integrity of punk and the headlong desperate rush of rave, it’s untamed music for the moment.

22-year-old Callum Wright spent his early years, in his words, in “London council estate shitholes” and moved to Manchester in his teens. D/R/U/G/S’s early tracks quickly found their way onto the blogs and soon were being written about by Q, NME, The Fader, Dummy and XLR8R and played by Rob da Bank and Steve Lamacq on radio. This attention sent him on the road, and since starting out he has played around the UK and Europe, going down a storm at In The City festival, where he was given the title Most Buzzed About Act for the entire three-day event. No wonder – gigs, which see Callum pack his MPC unit full of samples to recreate his brave, warm synth music live, are closer to raves – a glorious journey into total freedom, total power, total moment. Along the way, he’s found himself standing shoulder-to-shoulder with a new group of brave DIY electronic artists that include Gold Panda, Teengirl Fantasy, Becoming Real, Dam Mantle, Hype Williams and Blondes.

Love / Lust is, first and foremost, dance music, but listen in and you can hear it’s made with the guts, impatience and imagination of the best British DIY music, from psyche rock to punk to rave to grime. Velodrome 1 widescreen dance music beats and bleeps, duck and weave effortlessly around each other and Velodrome 2 is a mash up of everything Callum has taken in over the past year; minimal techno, ambient, house and industrial. D/R/U/G/S have created grab-life-and-run tracks, sincere, furious and alive, endless a truly luxuriant debut.