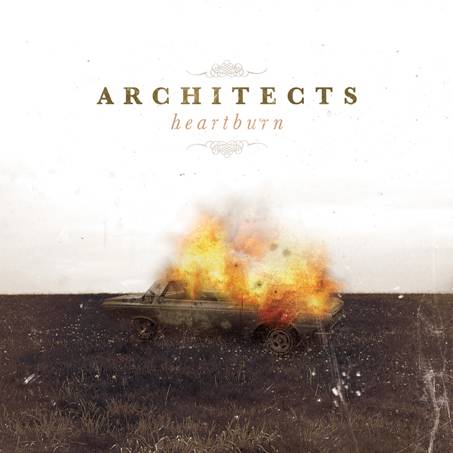 After being added to the BBC Radio 1 daytime playlist for the track “Learn To Live”, ARCHITECTS’ brand new follow up single “Heartburn” is already getting lots of love from UK radio: As of Monday it was added to the C-list at BBC Radio 1 http://www.bbc.co.uk/radio1/playlist/ and it is still on Kerrang1 Radio’s ‘K!nights’ playlist (C-List). It is their 2nd single to make it on to the Radio1 playlist, but at a higher level.

A “Making Of Heartburn” was just launched via UK’s Rock Sound, so please head over to http://www.rocksound.tv/tv/article/architects-the-making-of-heartburn to get a glimpse of how “Heartburn” was filmed and what the video is about. Again, the clip was produced by Stuart Birchall for You Know Ltd. who has already worked with ARCHITECTS for “Day In Day Out” and “Learn To Live”.

A digital single of the song incl. an acoustic version of “Heartburn” will be available on Sunday May 8, 2011

Catch ARCHITECTS live on tour with Bring Me The Horizon, Parkway Drive and The Devil Wears Prada on their upcoming UK tour as well as on numerous major European festivals in 2011!