Cashier No.9 announce the release of their debut album “To The Death Of Fun” on June 20th 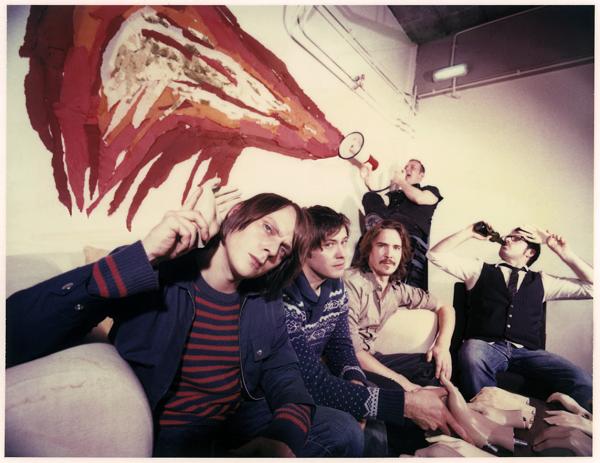 Is there a Belfast sound? Van Morrison… Stiff Little Fingers… Divine Comedy… Cashier No. 9 sound nothing like any of these, but they’re as innovative and different as anything that’s come from the city. They could be from California, or Manchester, or any number of places, having been variously compared with The Byrds, Beach Boys, Stone Roses, Pavement, CSN, The Flaming Lips and many others. Yet with their rich vocal harmonies, bold guitar textures and supremely catchy melodies, they’ve created a sound that’s indeterminably none of these yet equally vibrant.

Cashier No. 9’s debut is produced by acclaimed DJ, film and music producer David Holmes. Combined with the mature, wryly humorous song-writing of frontman Danny Todd, the result is eclectic, layered, guitar-jangling country-laced pop. Within an ocean of standout tracks, opener and single ‘Goldstar’ is resplendent with bells and cascading melodies; ‘Lost at Sea’ skiffles with supreme rolling rhythms and sense of the 60s reborn; ‘Flick of the Wrist’ has an epic, Californian aura; and ‘Oh Pity’ sweeps the listener along with waves of rich harmonies.

Cashier No. 9 have already racked up a significant number of fans in the UK and abroad with extensive touring. The band have represented Belfast at London’s Electric Proms; performed at the Knitting Factory in New York and Brighton’s Great Escape; and graced the stage at Ireland’s Electric Picnic festival.

“To The Death Of Fun” is released 20th June on Bella Union records… http://www.myspace.com/cashierno9