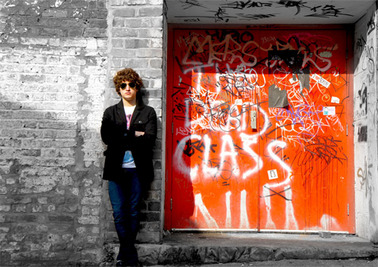 What is it with Liverpool bands and summer anthems?  Following in the steps of fellow Merseyside minstrels The La’s and The Coral, Luke Fenlon is the latestLiverpool artist to impress the UK media with the super-catchy “Summer”.  So much so, that he has just been chosen to jet across the Atlantic to perform at Musexpo in Los Angeles courtesy of BBC R1 Introducing, a musical  journey that will be captured in a special documentary for broadcast on Radio 1 later in the year.

Luke is no stranger to such attention, having won the ‘Make it or Break it Award’ in 2006 for his song “Hey You” at the tender age of 15, chosen by a panel of industry giants including Chris Martin, Harvey Goldsmith and Mark Radcliffe (and they should know).  He spent the next four years doing what he loves most, playing live both here and abroad, clocking up radio play and gathering an international publishing deal along the way, arriving at his debut single “Summer” with guaranteed playlisting on Radio 1.

Out on So Records on the 9th  of May, “Summer” has all the directness of a simple love song with a laid back groove that is practically horizontal.  Definitely one to nod your head to when you’re on your sun lounger , and you’ll still be humming it when the sun goes down.