After releasing her first proper solo album Generation Indigo in 30 years to rave reviews, Poly Styrene – the unforgettable frontwoman and iconic face of the seminal band X-ray Spex – has announced she will be releasing a limited edition coloured vinyl in honour of Record Store Day.

The single ‘Virtual Boyfriend’ will be released as an individually numbered red 10” vinyl, limited to 300 copies and exclusively available for Record Store Day

‘Virtual Boyfriend’ highlights Poly’s talent for mighty, power-pop melodies. The upbeat tempo and bouncing synths make the track perfect for the indie/electro dancefloor and are offset by tongue in cheek lyrics: “You’re like a MySpace friend, that’s all / Just a text or a missed call / I never knew but I lost control / That you loved your Blackberry phone”.

The B-side features a remix from red-hot Brooklyn female production duo CREEP, who twist the track into a deep, brooding spaced out version that builds hypnotically with cinematic strings and sparse echoing beats.

‘Generation Indigo’ – out now on Future Noise Music – is a remarkable showcase of how Poly’s never-failing ability to connect with her audience keeps her as relevant as ever, and her contemporary sound cements her as a pioneer of cutting-edge alternative pop. 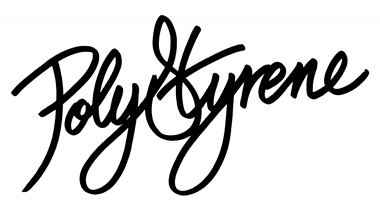