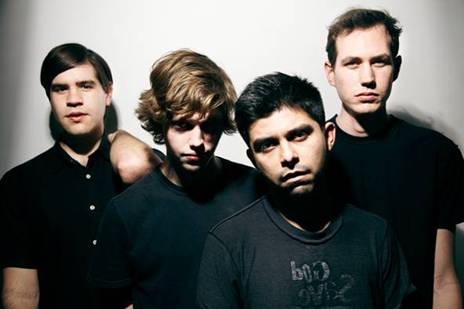 Following the release last year of their third album ‘CRUSH’ LA quartet Abe Vigoda will once again be heading to these shores to play a headline London at the newest East London hot-spot The Shacklewell Arms on Saturday 18th June. This London show will conclude a pretty extensive tour, which sees the band travel across the length and breadth of Europe throughout the months of May and June. 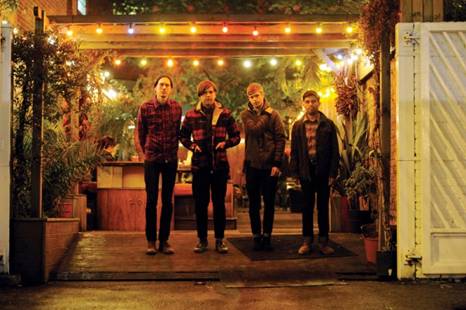 But let’s not get bogged down in categories. Just as Skeleton was difficult to define (wasn’t it as much Afro math rock as it was tropical punk?), Crush is a similar collision of sound, another helter-skelter joy ride through four boys’ private party. Even so, there was a thought process behind this new surge. In 2009, after the band released the Reviver EP, Dane Chadwick replaced drummer Gerado Guerreno, introducing a new style of regimented beats as well as other musical ideas to the table. “More than just rhythmically, Dane helped with melodies and most of the electronics on the album,” says vocalist Michael Vidal.

Meanwhile, guitarist Juan Velasquez had already posted the fact he dug UK dreampop and goth (“I love the reverb and the distance”). To which Vidal now adds, “My favourite kind of music is instantly nostalgic and emotionally confusing. And reverb has always been a big part of our sound. But I feel other parts of Crush album stand out as more upfront and dry. We were definitely inspired by cold wave and minimal wave stuff, as well as Arthur Russell.”

From the pell-mell pop of ‘Sequins’ to the New Romantic crush of ‘Throwing Shade’ and the title track’s MBV scree, and from the calming throb of ‘Repeating Angel’ to the airy sadness of ‘Beverley Slope’ and the escalating tension of ‘We Have To Mask’, Crush feels a long way from the Smell Club band scene of AV’s roots. For one, they’ve added so much emotion to their sonics, to which the album title bears testament – ‘crush’ meaning both the obsessive kind of love, and the act of destroying something.

Vidal: “The songs kind of detail a struggle between two lovers, working together and at times against each other. A sort of impossible love, something that can’t really work, or that is just so wrong. Songs like ‘Beverly Slope’ and ‘Repeating Angel’ deal with the idea of secrets, and their effect. They are sort of mini-dramas that detail a way of living in Los Angeles that is not necessarily glamorous or even moral.”

What’s really clear, Vidal confirms, is how the band have done a lot of growing up. “After Skeleton, we realised people actually cared about what we were doing. It kind of saw us stepping into this world. Heavy touring, our first time overseas, it kind of changed everything. Things got a little more serious, life got a little harder. We don’t keep day jobs anymore and we are all broke and crazy. It changes the way you look at life, and the way songs come out. That was the focus that took our music to the place it is now…”