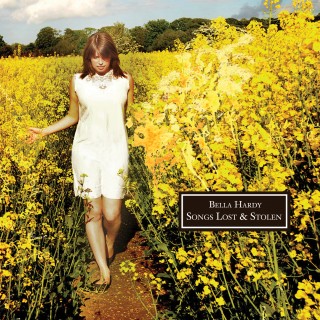 Tentatively testing the waters of the mainstream, folk singer Bella Hardy has returned with an entirely self-penned album: Songs Lost and Stolen. The record provides a refreshing mix of influences and sounds spanning from the traditional to the contemporary, resulting in a versatile release that is saturated in creativity.

Songs Lost and Stolen is a thoughtful and well-formulated album. It is perhaps most commendable for its lyrical narrative as Hardy proves herself to be an engaging story teller, poignantly orating tales ranging from Greek mythology to fairy stories. I found myself entirely absorbed within the beauty of Herring Girl as Hardy manages to condense every human emotion into the 4 minute twisting love tale. Other standout tracks include Walk With You and Labyrinth. As a clearly perceptive songwriter, Hardy’s music effortlessly undulates between emotions, perfectly capturing the complex nature of life in the 21st Century, the struggle between tradition and modernity and a balance between the gloriously happy, the crushingly bleak and everything between. An appreciation of this complexity only grows the more you listen to the record, and, fourth time round I’m hooked!

Through Songs Lost and Stolen, Hardy has established herself as an imaginative songwriter and, if there was ever any doubt, a superb artist. Having successfully produced a contemporary sound whilst remaining true to her folk roots, this release had left me hoping that she will be able to reproduce this equilibrium with a greater level of confidence in the future: a truly exciting prospect.