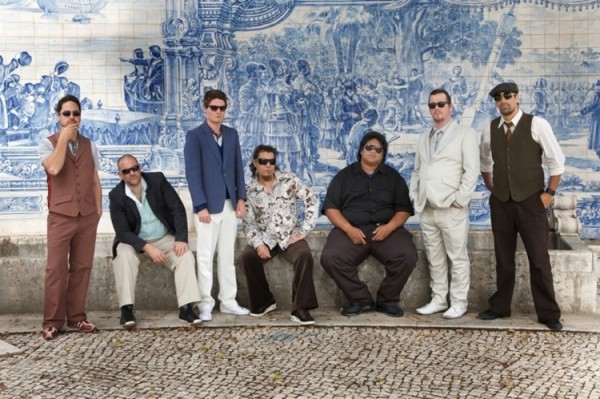 Fat Freddy’s Drop have extended their Road to Brixton, 120 miles up the M1 for a second UK headline show at the HMV Institute, Birmingham on Tuesday 21st June 2011. A small deviation for the 7 piece who are coming all the way from Wellington, New Zealand but a deviation none the less from Brixton Academy on 18th June, which was supposed to be their only UK headline show of the summer.

The reason? Popular demand, well yes there’s always popular demand for Fat Freddy’s Drop here. Fat Freddy’s Drop have long been firm live favourites here in the UK even before the release of their classic debut album ‘Based On A True Story‘ in 2005. Long extended jams, soul drenched vocals, jazz harmonies, blaring horn section and rhythm section as comfortable laying down a throbbing techy soundscape as they are swampy blues stomp has won them thousands of devoted fans.

But that’s not the reason for extending their road to Brixton, we’ll let the band explain.

“This one’s for Rob from Birmingham! Rob has followed the Freddys for years around the UK, always bringing the band fresh vegetables from his allotment. Because Rob couldn’t make it to the Brixton O2 Academy show (originally the only UK gig this summer), the seed was planted for a trip to Birmingham.”

THE STROKES & SLASH ADDED TO T IN THE PARK LINE UP