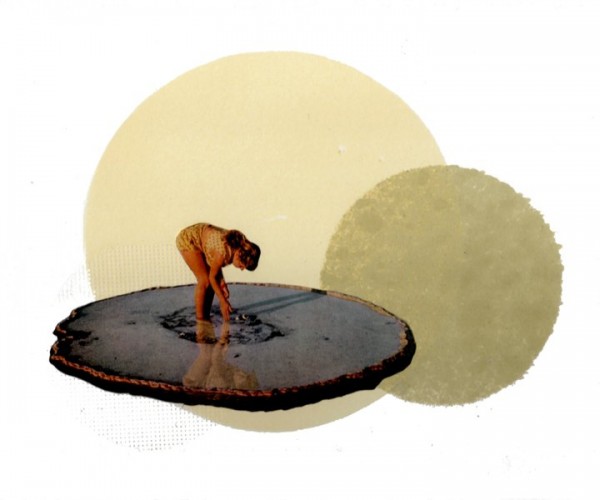 Coming across like a deliciously mutated electropop gem  and and packing more thrills into its under-3-minute running time than most bands manage in an entire album, “Ungirthed”, the debut single from the Canadian duo of Corin Roddick and Megan James, aka Purity Ring, is quite likely one of the most unusual and intriguing new pop surprises you’re likely to encounter all year.

Released in April on limited edition vinyl through Transparent Records (the tastemaking label also responsible for uncovering the rapidly ascendant likes of Yuck, Perfume Genius, Active Child, Smith Westerns and many more), “Ungirthed” will excite and unsettle in equal measure, with James’ chiming, melodic vocals going head to head with whirring beats, chopped synths and pitched-down samples; the beautiful ghost trapped in the middle of an uneasy, unstable machine. The slower, spectral “Lofticries”, on the flipside, echoes with a gorgeous gloom, unfolding in its own offbeat, languorous fashion, James’ voice settling lightly on top like a fog.

The release is but the latest from the inimitable Transparent Records, already flying high on an exciting 2011 which so far has seen a release from doom disco pair Keep Shelly in Athens, and which will soon see debut releases from teenage California wunderkind Therapies Son and Airbird, the new project from electro maverick Joel Ford, of Games fame.

“A song that seems to pull you closer with every bar” – Pitchfork, Best New Track