THE STROKES & SLASH ADDED TO T IN THE PARK LINE UP 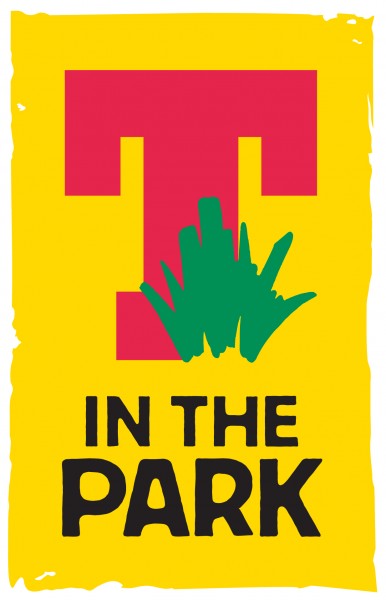 AND THE NAKED AND FAMOUS

AND SO MUCH MORE

Excitement surrounding T in the Park is at fever pitch, with the line up being widely cited worldwide as the bill to beat this summer.  Festival organisers DF Concerts and founding partner Tennent’s Lager continue to add to summer’s strongest festival bill with The Strokes, Slash, Peter Doherty, Fun Lovin’ Criminals, Jenny & Johnny, Devlin, Mona and The Naked And Famous all booked up for Balado on the weekend of 8th – 10th July 2011.

Following the unfortunate news that blink-182 are no longer able to play at this year’s T in the Park, organisers have pulled out all the stops to deliver another stellar batch of formidable artists, including rock gods The Strokes and Slash.

Widely recognised as one of the most prominent bands to emerge in the 21st century, The Strokes have been changing the face of indie music with their records for a decade.  2001’s debut album ‘Is This It’ was hailed as the seminal album of its time, a creative goldmine, and claimed NME’s prestigious ‘Album of the Decade’ title.  The band have since propelled to global superstardom, receiving adulation from all corners of the earth and released their fourth studio album ‘Angles’ to an adoring public just last week.  These boys have toured the globe and will make a welcome return to T in the Park for what is sure to be one of the seminal musical moments of the summer.

Scotland welcomes another living legend to T in the Park this summer in the form of the one and only Slash. Respected worldwide as one of the greatest guitarists of all time, from performing with Guns N’ Roses, to setting up Velvet Revolver and now stealing the show everywhere he goes as a fully-fledged solo star, Slash is set to get even the most die hard rock fans trembling with excitement when he takes to the stage at T in the Park.

Peter Doherty is the ultimate rock ‘n’ roll star. Regarded as one of the most talented songwriters in the country, throughout his career he’s been the frontman of The Libertines and Babyshambles, earned a spot on NME’s 50 Greatest Rock Heroes and a Best Solo Artist accolade.  Peter Doherty has proven himself as an accomplished artist, writer and poet.  This man brings a certain romanticism to everything he touches and the T in the Park crowd are set to warmly welcome back the loveable wildchild of British indie music to the heart of Scotland.

Fronted by the undisputed epitome of cool Huey Morgan, Fun Lovin’ Criminals will touch down in Balado for the first time since 2000 to give fans a taste of New York street style.  The dapper trio introduced the world to a sophisticated fusion of hip hop, jazz, funk and blues with monster hit ‘Scooby Snacks’ 15 years ago and have just released feel good album of the summer ‘Classic Fantastic’ in time for their much anticipated T in the Park performance.

Jenny & Johnny personify a modern day rock ‘n’ roll love story come true as two musicians, successful in their own right, come together as one to produce power-pop gold.  The duo found fame separately in America before collaborating in 2005 and have been making sweet, sunshine infused music ever since.  The pair have toured mainland Europe with Vampire Weekend and debut album ‘I’m Having Fun Now’ earned rave reviews from either sides of the Atlantic.  Radiant harmonies and melodic choruses will dance through the fields of Balado when this highly acclaimed pair takes to the stage.

Devlin is one of the hottest MC’s in the country right now and set the bar for a new generation of grime music in 2006 with underground classic ‘Tales from the Crypt’.  A regular on pirate radio since the age of 13, the lyrical genius has been perfecting his craft for years while the UK’s grime scene exploded into the mainstream with Devlin at the forefront.  Admiration for his gritty lyrics and slick delivery have established Devlin as a new-age poet and his hard hitting rhymes show maturity beyond his years.

There’s a thin line between rock ’n’ roll and religion, and nowhere thinner than in the intense, sharp, sweat-drenched, duelling-guitar euphoria of Mona. The four-piece Nashville-based band cut their teeth in evangelical churches of Middle America where secular music was frowned upon, before rebelling against the religious straightjacket to record arguably the best debut album of 2011.  As sharp tongued off stage as they are forcefully charismatic onstage, they want to convert everyone they come across to their unforgettable style of  arm-pumping, vein-throbbing, knee-jittering, raw-throated, singalong rock ’n’ roll.  Thank God they’re coming to T in the Park – Hallelujah!

Nominated for the BBC’s ‘Sound of 2011’ poll, New Zealand based band The Naked And Famous released their debut album ‘Passive Me, Aggressive You’ to critical acclaim last year and will  take to the stage and wow the crowds with their live set at T in the Park this summer.

It is with regret that blink-182 have withdrawn from this year’s T in the Park due to the delay of their new album being finished.  It’s important to the band to have new songs and a fresh set to deliver to the fans.  The band said: ‘The three of us are working very hard to do what we set out to do when we re-formed…get a new blink-182 album recorded.  For those of you who hoped to see us at T in the Park this year, we’re so sorry that we won’t be there especially because we were looking forward to it so much. However, we have added a Glasgow arena date onto next summer’s tour so we can make sure we see our Scottish fans.’

At the heart of T in the Park is the music and atmosphere that continually unites the crowd and creates a weekend of memorable moments that will last a lifetime. Brit Award and Grammy winners, multi-million selling artists, the best breakthrough talent, new music icons and legends….T in the Park 2011 has them all. Bring it on Balado.

Tickets for T in the Park 2011 are now sold out and fans are advised not to buy from unofficial sources.

A limited number of T in the Park Residence packages are still available to buy. The Residence offers festival goers a bespoke, luxury experience where all their accommodation needs are taken care of. Guests are welcomed into an oasis of indulgence to enjoy a unique festival experience in their luxury accommodation of choice. Once they have settled into their home for the weekend, festival goers can relax in the Residence Lounge Café & Bar or treat themselves to a pampering session in the spa before heading to see their favourite bands as well as accessing the festival’s hospitality area. For more information log onto www.tinthepark.com/residence

ANNOUNCED SO FAR, ACROSS THE WEEKEND

THE SCRIPT**MY CHEMICAL ROMANCE** PLAN B

THE NAKED AND FAMOUS**JOSH WINK